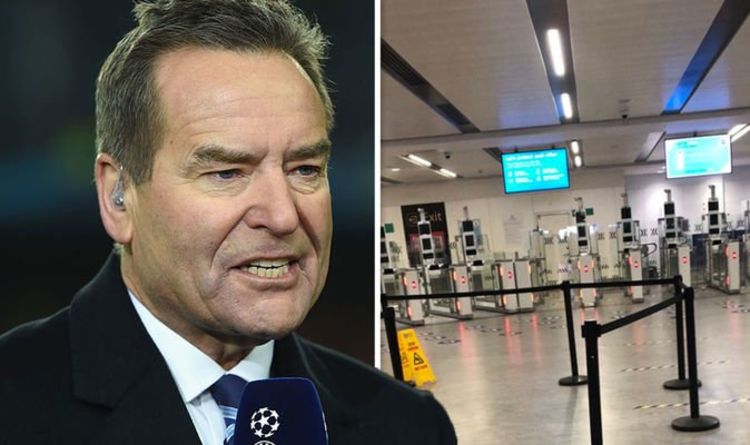 Sky Sports presenter Jeff Stelling expressed his frustrations upon arriving at Gatwick Airport. The broadcaster explained that not all electronic portals worked, making it difficult to pass through customs.

Considering his 166,500 subscribers, he wrote: “Welcome to England. No electronic gates are working at Gatwick North!”

He continued his first post with a message to acknowledge that Customs was working hard to get through the chaos.

â€œI would honestly say the customs officers were working hard, so I was done in about half an hour,â€ Jeff tweeted.

Queues have formed at Heathrow as crowds of people struggle to clear customs after electronic gates failed, with some getting stuck on their planes, Sky News said.

In a statement, Heathrow said the issue had impacted the Border Force “eGates”, which are operated by the Home Office, and affected a number of ports of entry.

Angry passengers took to the microblogging site, sharing videos of their return to the UK.

Matt Ford said: “Everything is going well at Heathrow today. The border forces’ systems are down? No problem. Put everyone in a queue.”

Similar airport problems have been reported at Gatwick Airport.