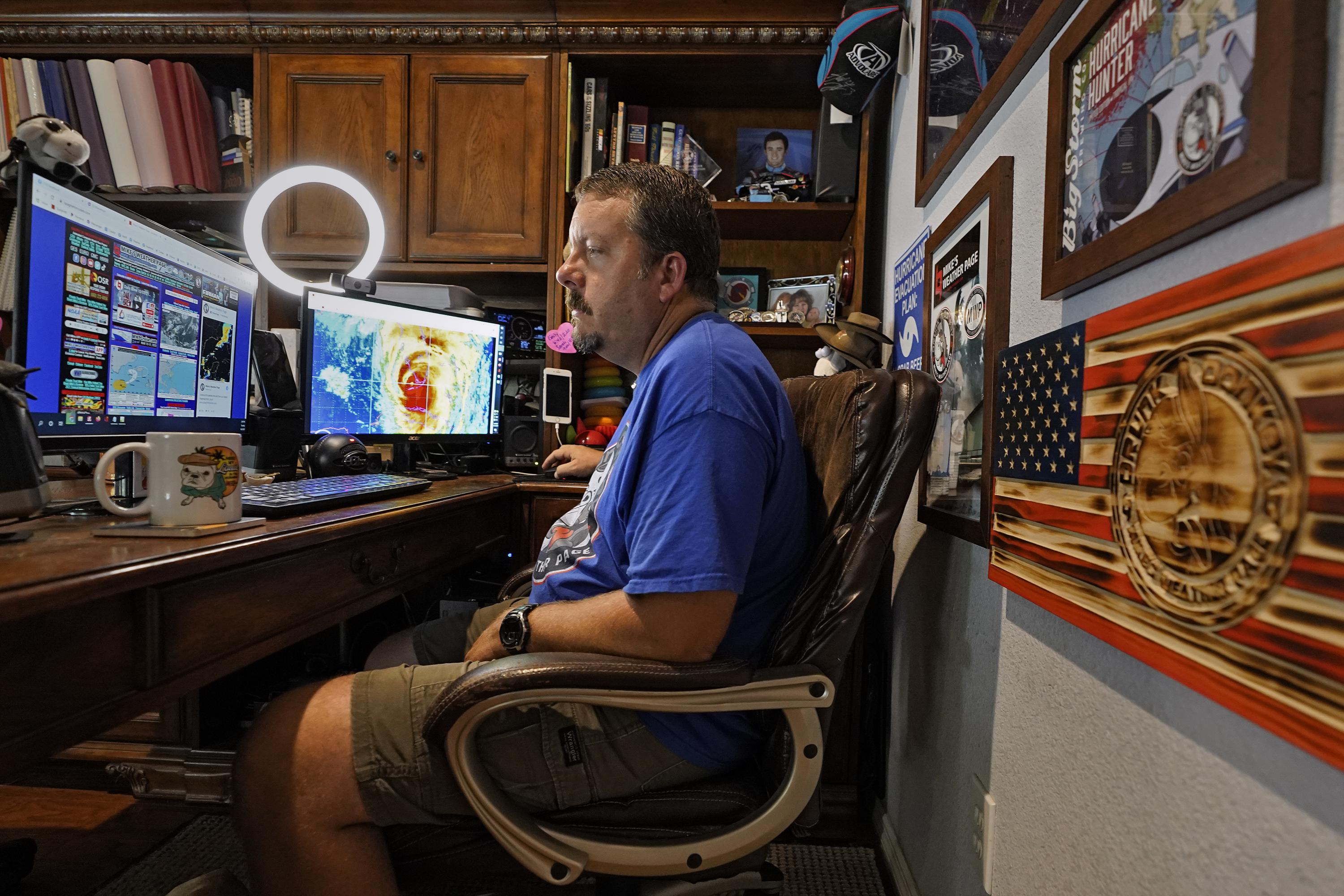 The winds howled as he started his white van and ventured away from the relative safety of a car wash northwest of New Orleans where he had ridden the early hours of Hurricane Ida in late August.

“I drove down this road and, holy cow, the trees started to fall,” said Boylan, 48.

The slowly moving storm suddenly took a turn north, forcing him to turn around and walk away, trees broke and power lines fell around him.

“It was a little scary, I admit it,” Boylan said. “It was more than I expected. There were times in my truck where I would say, “Get me somewhere. I wanted to get rid of the road.

He quickly found refuge at a LaQuinta hostel near Boutte, Louisiana, and quickly went live on Facebook to share Ida’s fury with his 1.1 million followers on Mike’s weather page.

“You could hear all the damage happening around us,” he said. “You could see the tin flying. ”

Would he do it again?

“Absolutely. There’s no question I’m a bit of a storm addict,” Boylan said recently from his home in suburban Tampa. “I guess that’s a weird obsession.”

He has become an online darling among those turning to him for their hurricane season fix, propelling him into the realm of social media influencers. But it’s his humble, down-to-earth nature that draws many beer, baseball, and NASCAR fans who have always been fascinated by hurricanes.

“I grew up obsessed with The Weather Channel,” Boylan said, “I would always wake up in the morning and see if the cone was moving. You still get that excitement, like, ‘Oh, my God,’ the cone is getting closer. “

He launched Mike’s Weather Page in 2004 as a one-stop-shop for weather information during a tumultuous six-week period that saw four hurricanes ply Florida.

At first, he only shared it with his family and friends. Then it started generating clicks, spreading through word of mouth, and later Facebook likes.

“When I started, I was only focusing on Florida. And then I upset some people because I wasn’t talking about the storms in Texas or the storms in North Carolina ”,

The marketing and business specialist quit what he calls his “summer job” to focus on Mike’s weather page. In winter, he organizes events.

“For me to be successful in the weather, I almost have to live and breathe 24 hours a day to stay on top,” he said. “That’s what people like.”

With that comes recognition. Fans are now spotting him almost everywhere he goes. They also recognize his wife, Julie, and daughters, Emily, 15, and Sarah, 12. The two French Bulldogs in the family are also popular – perhaps because Mike let fans name the second dog, Hunter (for hurricane hunters).

“It’s a lesson in humility,” Boylan said. “This stuff scares me, especially when I’m 800 miles from home and meet people who recognize me.”

As she pursued Hurricane Zeta in Biloxi, Mississippi last year, a woman knocked on her truck window, saying she saw her livestream and realized it was parked just down the road from his house.

When the Boylans made a Labor Day weekend in the Florida Panhandle, more than 60 people showed up for an impromptu meeting at a beach market in Cape San Blas.

“I had never been to a place where there was something like a hurricane. It was totally, totally foreign to us, ”said Tyler Matney.

Then, in October 2018, Hurricane Michael hit Mexico Beach. Boylan warned of Michael’s dangers long before he became a Category 5 storm. The Matneys and many others took note.

“I don’t think Mike has realized how popular he is in this city,” said Matney. “Everyone here was listening to Mike every step of the way to get through this hurricane. You can’t go to Facebook here locally when there’s a storm and not see people sharing your stuff.

Dr Rick Knabb, former director of the National Hurricane Center in Miami and now chief meteorologist at The Weather Channel, says weather bloggers can help people stay safe as long as they relay official information to the National Weather Service, as well. as instructions from local authorities. and state emergency managers.

“Weather blogs and social media accounts with many subscribers have the potential to amplify a consistent safety message during particularly dangerous weather events,” Knabb said.

Boylan, who became the first civilian to win the Tropical Weather Trophy at this year’s Florida governor’s hurricane conference, told people he was not a meteorologist and left the professionals the care to give advice on the installation of shutters or evacuation.

Jean Jenkins, a fourth-generation Floridian who began following Boylan during Hurricane Irma in 2017, said she appreciated that he didn’t “hype” against the storms.

“He is genuine, funny and sincere, and transparent in his level of knowledge,” she said. “Her calming personality is extremely comforting during high stress weather systems.”