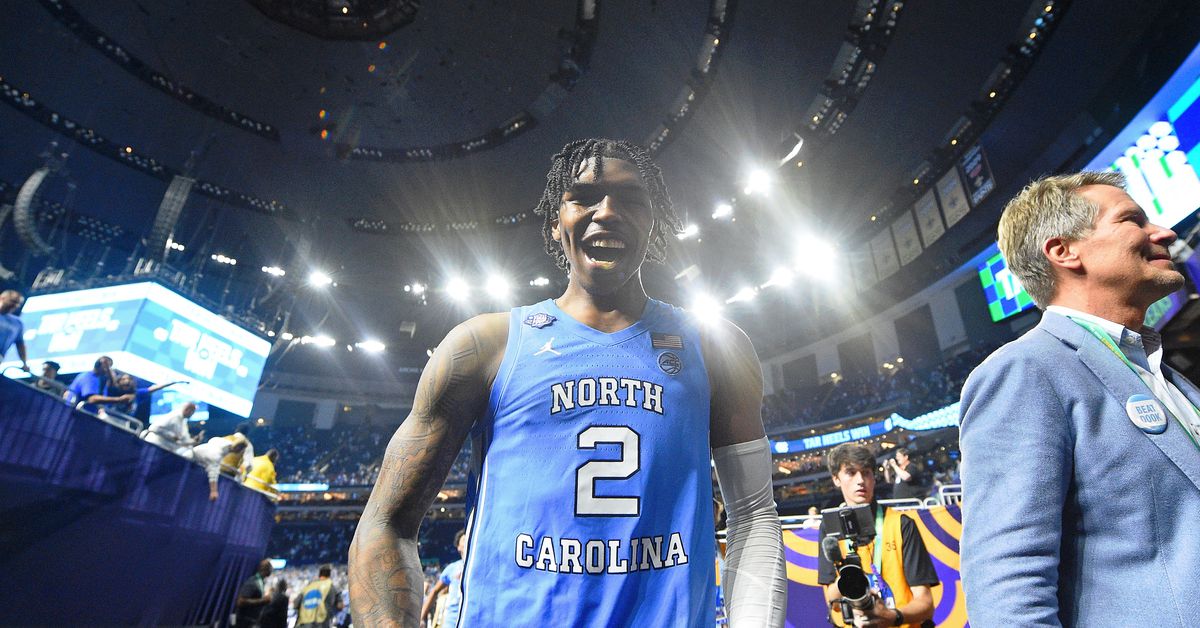 I still can’t believe they won. I really can’t believe they did. The North Carolina Tar Heels, led by first-year head coach Hubert Davis, just eliminated the Duke Blue Devils from the Final Four. Two of Coach K’s last three losses will forever be against UNC, and now he will retire with a 1-2 record against Davis. You really like to see it, and now the Heels will face Kansas for the national championship on Monday.

Trash-talking aside, this game will go down in the history books as one of the greatest NCAA tournament games of all time. There was the rivalry, numerous head changes, foul issues and Caleb Love hitting a game-changing three-pointer that all but secured a victory for the Heels. If you’re a casual college basketball fan, take the time to cherish and appreciate what you just watched. If you are a Carolina or Duke fan, you should be proud to have witnessed such a historic moment. But enough of my ramblings, let’s talk about the three things we learned from this game.

Caleb Love does it again

The first half of last night’s game was incredibly stressful, there were a whole host of reasons for that – Armando Bacot was only held to five points, Brady Manek only finished with four, and the three-point shot was as bad as it could have been. Caleb Love in particular struggled to shoot from deep, going 0-4 from behind the arc, which was a problem that piled on top of everything else. However, it was hard not to feel like “Second Half Caleb” would make an appearance, and boy did it ever.

Love had a big second half for the Tar Heels, scoring 22 of his 28 points and he managed to knock down three triples. Love’s biggest moment came in the final 28 seconds when he drained a three-pointer to give the Heels a 78-74 lead. Love would then head for the line twice and knock down three of his four free throw attempts, and put the game out of reach.

I know I keep saying this, but a lot of people have been hard on Love throughout the season, myself included. It’s amazing to see him play so well in the NCAA Tournament, and even better to see him bury Duke after Armando Bacot’s foul. I hope he has enough in the tank for Monday, because he’s going to need it.

Here’s one of the most incredible parts of that win over Duke: there was a lot going wrong with UNC. Let’s start with the turnovers: the Heels spat the ball 10 times, while Duke gave up only four times. When it comes to points in the paint, the Blue Devils shredded heels, just like they have every other team in the NCAA Tournament. Finally, Armando Bacot not only injured his ankle in the final minutes of the match, but ended up committing a foul with little time left. This would have been Duke’s opportunity to capitalize against a smaller UNC lineup, but again Caleb Love happened.

Sure, UNC shot way better than the Blue Devils from the three-point line, but even then the game was way too close for comfort. Both teams were playing really good defense, and Duke’s ability to get to the edge made it look like we were in for an upset neither of us would ever recover from. However, the Heels once again held their own, showing once and for all that this could be one of the toughest teams in Carolina basketball history. Amazing how stories change throughout a season, isn’t it?

Let me start with this: I have officially stated that I don’t want this match to happen. Now that the Heels have won, I would like to say once again that what Duke fans are feeling right now is exactly why I never wanted this to happen. In a way, the meeting of these two in the Final Four was inevitable. It’s mind-boggling that for decades this game never happened, but there was some form of comfort in the rivalry that the stakes were never higher than the ACC Tournament Championship. Now that both teams have pulled it off, the worst has finally arrived for Duke: permanent bragging rights.

Last night’s win is something Duke fans will never get to experience, and it particularly stings that Coach K’s last two losses have been to the Heels. It’s something that Dean Smith and Roy Williams have never dealt with, and if you want to throw it into the mix, Hubert Davis. Don’t get me wrong: It’s really, really hard for me to feel bad for Duke fans, and I’d go so far as to say that’s absolutely not the case. However, I would have been perfectly content never to play against a Duke team led by Coach K again after the Heels’ victory at Cameron, and the aftermath of last night’s game is exactly why. For Carolina fans: Celebrate, talk trash, and overall be happy the 2021-22 Tar Heels made it to the national championship game and will face Kansas. For Duke fans, let’s agree not to do this again for 100 years. Agreed? Agreed.

The Tumblr Revival No One Asked For