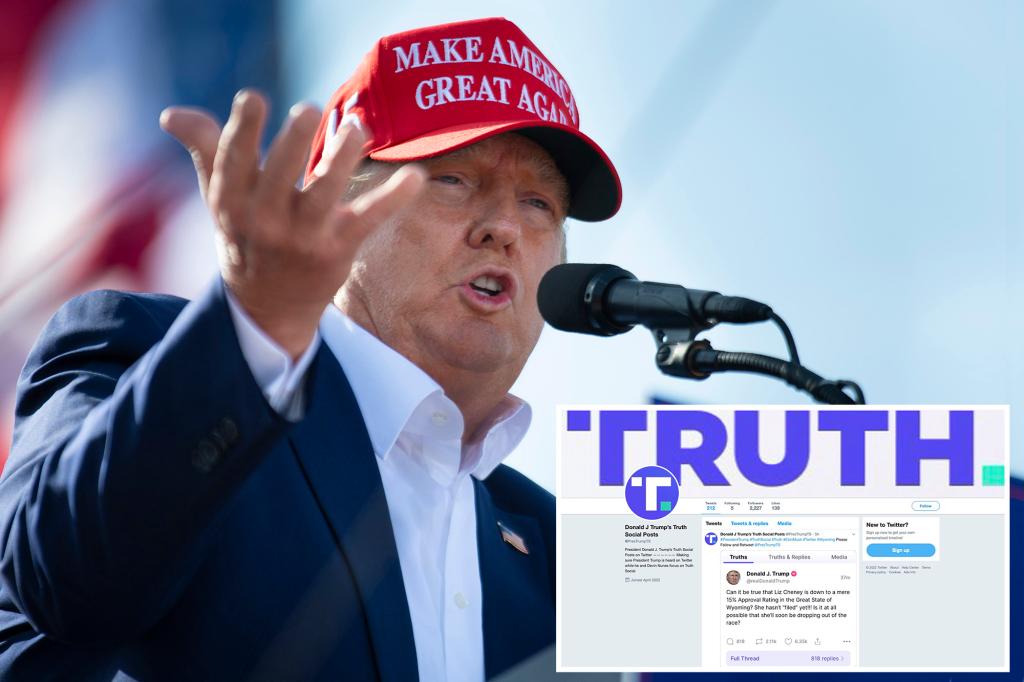 Twitter has shut down an account that was solely devoted to posting the “truths” of Donald Trump from its new social media platform Truth Social.

The Huffington Post was the first to report the ban.

Archived tweets from the account show several posts written by Trump for his platform, Truth Social, which was created as a right-wing alternative to Twitter after the then-president was permanently banned from the microblogging site.

Trump has been accused of inciting a mob to trash the US Capitol on January 6, 2021, in order to disrupt Congress’ ratification of President-elect Joe Biden’s election victory.

After his ban, Trump’s press releases were posted on Twitter by his aide, Liz Harrington, although she recently announced that she, too, would be leaving Twitter for Truth Social because “Twitter is a terrible website that is beyond repair. “.

Trump supporters have been buoyed by the prospect of Elon Musk acquiring Twitter. The Tesla CEO has said he intends to reinstate the former president’s account, although Trump has pledged to stay off Twitter even if Musk completes the acquisition.

Earlier this week, it was reported that Trump told his associates that Google sabotaged his new social media platform by not making it available on Android devices.

“Is Google trying to fuck me?” the former president asked friends and advisers in the weeks after Truth Social rolled out. His remarks were reported by Rolling Stone.

The app is only available on Apple devices. As of Thursday, Truth Social can no longer be downloaded by anyone using Android, which controls nearly 70% of the global operating system market and 42% of the domestic market.

“He keeps hearing about how Google and YouTube have done it for him… including on Truth Social, and I think he takes [it] seriously,” a source told Rolling Stone.

Despite Trump’s suspicions, Truth Social is inaccessible to Android users because it has yet to file the required paperwork to get its Play Store listing approved, Rolling Stone reported, citing “a person familiar with the matter and two Trumpworld sources with knowledge of the situation.”

Truth Social was launched on the Apple App Store on February 21 and was for some time the most downloaded free app.

The platform has been downloaded about 1.4 million times so far since its launch in February, according to Sensor Tower. Twitter has about 300 million users, including bots.

Devin Nunes, the former GOP congressman who was named CEO of Truth Social’s parent company, Trump Media & Technology Group (TMTG), said earlier this month that he expects the application is available on web browsers by the end of May.

Trump hasn’t been as active on Truth Social as he was on Twitter.

Last week, the former president spoke to Truth Social and predicted that Musk wouldn’t buy the San Francisco-based company “at such a ridiculous price.”

“There’s no way Elon Musk is buying Twitter at such a ridiculous price, especially since it’s a business largely based on BOTS or spam accounts,” the 45th wrote. President.

“Do someone?” added Trump.

Save the Date: FTC to Host “Protecting Children from Stealth Advertising in Digital Media”