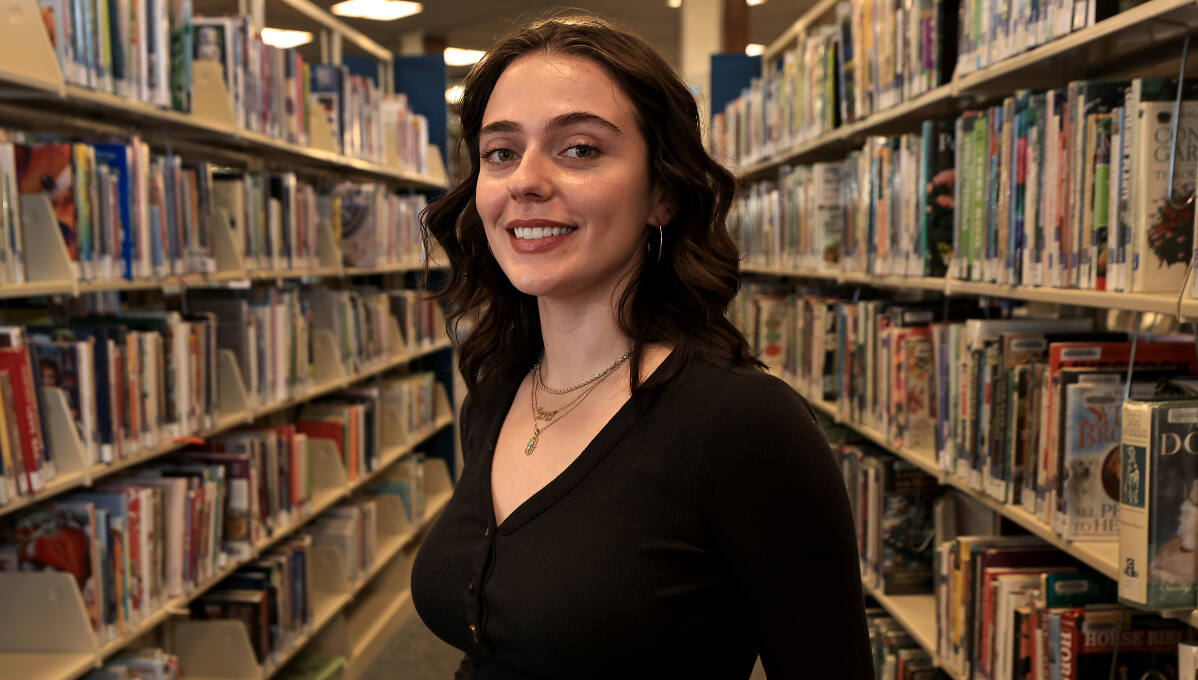 â€œBehind the Bylineâ€ introduces you to those who write stories, take photos, design pages and edit the content we deliver in our print editions and on pressdemocrat.com. We are more than journalists. As you will see, we are also your neighbors with unique backgrounds and experiences that proudly live in Sonoma County.

Today we introduce you to Emily Wilder, our public safety and criminal justice reporter.

I have always been steeped in stories.

Growing up in the Orthodox Jewish community of Phoenix, Arizona, every holiday, tradition, lullaby, and scripture was somehow a record of the religious history of my people.

Encouraged by my mother, I devoured books, listened to public radio on the drive to school, and filled spiral notebooks with poetry and prose.

But the stories I had access to were also relatively insular, as orthodoxy generally is. I knew few children outside of my church day schools and spent most of my weekends in synagogue services or observing the Sabbath with friends. I had little exposure to communities other than mine and little insight into how others thought.

It was online that I met prospects and people I had never met before.

In high school, I created a clandestine account on Tumblr, a microblogging social media platform that particularly attracted disgruntled and anxious young people looking for friendship beyond their physical reality. Scrolling through my Tumblr feed at first was like looking through a kaleidoscope, awash with colors, shapes, memes, and hashtags from unfamiliar worlds.

I started to make sense of this virtual universe through the relationships I built with my peers on the platform. I met teenagers from Ferguson, Missouri, and befriended other Palestinians, just as Black Lives Matter emerged in Missouri the same summer as Operation Protective Edge, the Israeli offensive. in the Gaza Strip.

They shared with me the stories of their struggles, their families and their communities in exchange for mine. Some of their comments questioned what I had been taught to believe – about the Palestinian perspective, for example, or about racism in America.

Some of the exchanges also revealed how similar we can be, even separated by oceans and cultures. We listened to the same music, laughed at the same jokes, or had the same dreams for our future. I experienced the transformative power of storytelling firsthand – that personal experiences, verbalized and entrusted to others, could build bridges of understanding and empathy across great divisions.

For me, that was the purest goal of journalism.

Now, It’s been just over a year in my career and two months in my role as a public safety and criminal justice reporter for The Press Democrat, where I cover crime, police, prosecution and incarceration. I recently realized that while my introduction to different worlds gave birth to my love of journalism, my approach to this work is just as influenced by the world I come from.

It is my Jewish community and my education that demanded of me an incessant curiosity and a rigorous critical spirit. I was encouraged to question every stanza of scripture in the tradition of Talmudic study, never taking a single letter for granted. Questions of rites and rituals were not only welcome, but expected.

And it was my family, teachers and elders who taught me that curiosity requires humility and compassion: to ask the best questions, you must first accept what little you know and how much you have to learn. . And to fully understand the answers, you need to be prepared to ask yourself why people believe what they do and put themselves in their shoes.

One of the reports I’m most proud of involved a man in jail for a probation violation on a marijuana conviction almost two decades ago. He had been deregistered by the system, condemned to state control for most of his adult life. When I heard about him, I made a commitment to follow his case to the end.

Over the next few months of recording, listening to him over a prison phone line detail his painful experiences behind bars, I was able to help tell a story about the criminal justice system that was complicated and humane. This had both emotional and material impacts on him during his incarceration.

Since then, I have grown in my reporting, but the spirit of that storytelling is what I hope to bring to my role as a criminal justice and public safety reporter at The Press Democrat.

Stories about this beat have a massive, far-reaching impact – on politics, on lives, on the way we talk and with each other. If I can help just one person by telling them a story they’ve never heard before or support them by telling their own story, then I’ve achieved my goal.

“Not good news for the other teams! “| Jürgen Klopp reacts to announcement of Ralf Rangnick’s arrival at Man Utd – Oakland News Now