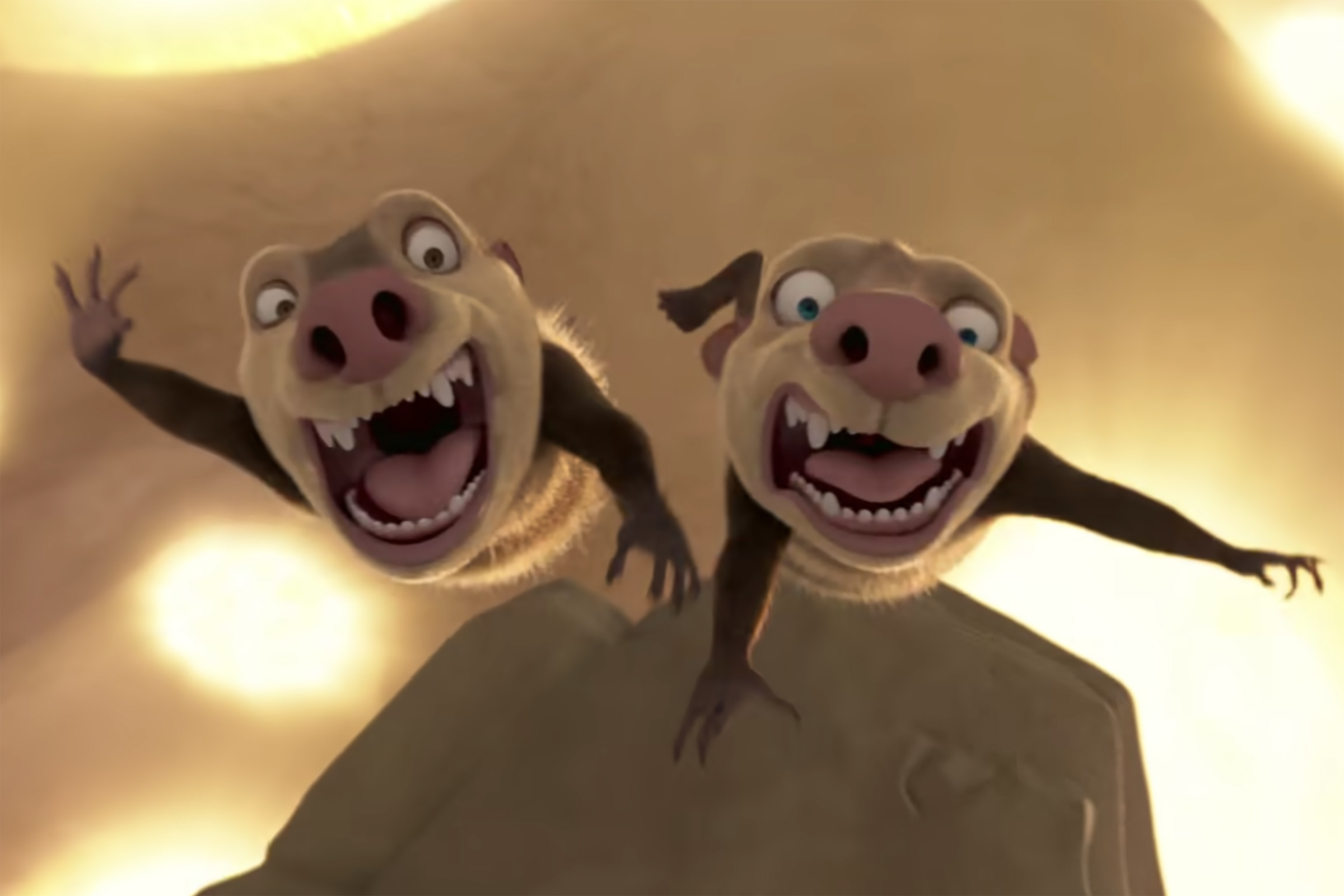 I have fond memories of the “Ice Age” films as a child of the 2000s and an animation enthusiast. I’ll never forget Scrat (Chris Wedge, “Chris Wedge”) chasing after an acorn or Sid the sloth (John Leguizamo, “Encanto”) slipping and sliding across the ice. The fun dynamic of the original cast – Sid, Manny (Ray Romano, “Everybody Loves Raymond”), Diego (Denis Leary, “The Amazing Spider-Man”) and Ellie (Queen Latifah, “Last Holiday”) – is what made the series so entertaining.

“The Ice Age Adventures of Buck Wild” follows Crash (Vincent Tong, “Kong: King of the Apes”) and Eddie (Aaron Harris, “Clearing the Eye”), two disruptive opossums, as they discover their independence. After Manny tells them they’ll never make it on their own, the two sneak out in the middle of the night to prove him wrong. They enter the Lost World, where dinosaurs live among mammals, including a tough but impulsive weasel named Buck (Simon Pegg, “Inheritance”). There, they face the evil dinosaur Orson (Utkarsh Ambudkar, “Free Guy”) who wants to rule the lost world. Buck must work with Crash and Eddie to stop Orson from taking over and keep the peace between the dinosaurs and the mammals he worked hard to build years ago.

My favorite scenes were the ones featuring the original cast; however, Sid, Manny, Diego and Ellie are all voiced by different actors and actresses – Jake Green (“The Troubles”), Sean Kenin (“The Smurfs”), Skyler Stone (“House Broken”) and Dominique Jennings (“Spawn “), respectively. I could tell something was wrong while watching, and I was distracted by the dialogue. While I liked that these original characters were included in the new addition to the series, it was hard to ignore that they weren’t quite the same. Additionally, scenes involving this group were rare, disappointing those who loved the original series and were looking forward to another film.

However, “The Ice Age Adventures of Buck Wild” is not about the original cast. It’s about Crash and Eddie’s journey to independence from their sister Ellie, who “always suffocates them with reasonable advice”. I accept that the movie isn’t about the original gang, but that doesn’t stop me from feeling like this latest installment was a forced addition to the series in a last ditch attempt to make some money with franchise. Without any of the previous cast members returning, there really isn’t much to look forward to.

Those missing voices are definitely distracting, and the plot itself isn’t exactly engrossing. There aren’t many explanations regarding the Lost World or how it exists beneath the Earth’s surface. The film also fails to show the concern of the original characters over the lost pair of opossums. While Ellie expresses concern once she realizes they’re missing, there aren’t many scenes where we see the crew actively searching for them. Without these searching scenes, the film’s stakes seem insignificant and emotionless.

Looks like the franchise went in a different direction with ‘The Ice Age Adventures of Buck Wild’, deciding to focus explicitly on entertaining their target audience of children instead of maintaining humor that resonated with all ages. in previous movies. Much of the conflict – saving the lost world of Orson – is resolved by a zorilla named Zee (Justina Machado, “Switched Before Birth”) who uses the powerful gas she releases to knock out the evil creatures. It’s the painfully simple humor that makes the final episode a children’s movie.

I’m a little disappointed with “The Ice Age Adventures of Buck Wild” for its cast change and elementary plot, but what upset me the most was realizing that the movie, despite being part of the series ” Ice Age” was not made for the same audience that has followed the franchise for years. I found myself distracted by the new voices while wanting more of those original characters. Still, I can see kids enjoying the movie for the animation and the relevant life lessons. However, parents and older siblings in the room will most likely lose interest.