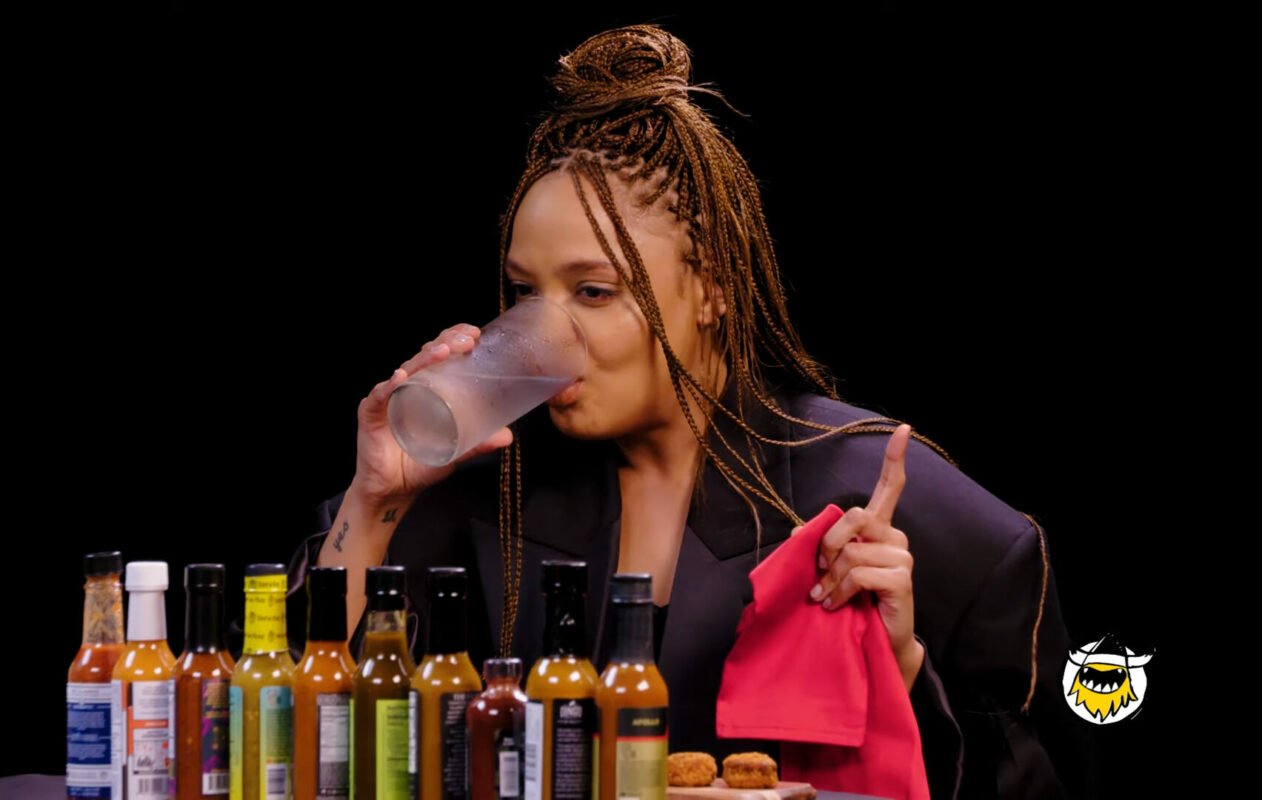 Promoted for his role in Thor: Love and ThunderTessa Thompson (aka Valkyrie) proved her hot sauce tolerance (really, her strength) when she competed on First We Feast’s The hottest. For those unfamiliar, host Sean Evans interviews people and between questions they eat hot wings. With each turn, the heat of the questions and the hot sauce increase. Referring to fellow guests and his family’s love of the show, Thompson was very familiar with the program and knew which rookie mistakes to avoid.

However, that didn’t stop her from making a big blunder in the heat of the moment. While Thompson didn’t touch her eyes or anything like that (you can tell she wants to because the tears are flowing at one point), she decided to quickly rub her tongue on the fabric of the towel . Even though the towel was silk or something very soft to the touch, the way she quickly rasped it along her tongue basically felt like she was cutting her tongue out.

Despite this added inconvenience for the remainder of the session, Thompson rose to the challenge! She could barely promote Thor because she was still recovering from that session, but we knew why she was there. It still wasn’t as bad as how many guests touched their eyes or when Comedian and actor Bobby Lee may have shit himself on camera in season two. However, it’s still pretty bad and I hope it doesn’t happen to future guests.

In the episode, Evans brought back one of my favorite segments, “Explain That ‘Gram,” where they ask guests a question regarding images in the darkest depths of their Instagram. Here, Thompson revealed that even though she was warned not to enter the SDCC floor, she still had her disguised as a stormtrooper. The costume was borrowed from a cosplayer.

Thompson also shared that her production company Viva Maude is working on several book adaptations. As a fan of his work and the recent adaptation of by Nella Larson Who passed, I can’t wait to see this! I then learned Viva Maude adapts one of my favorite messy booksRaven Leilani’s 2020 novel Chandelier.

Watch the full interview at First we feast YouTube and discover our queen in Taika Waititi’s second Marvel movie!

The Mary Sue may earn an affiliate commission on products and services purchased through links.

—The Mary Sue has a strict commenting policy that prohibits, but is not limited to, personal insults towards somebodyhate speech and trolling.—

Do you have a tip we should know? [email protected]

How to get the best return on investment from Facebook…