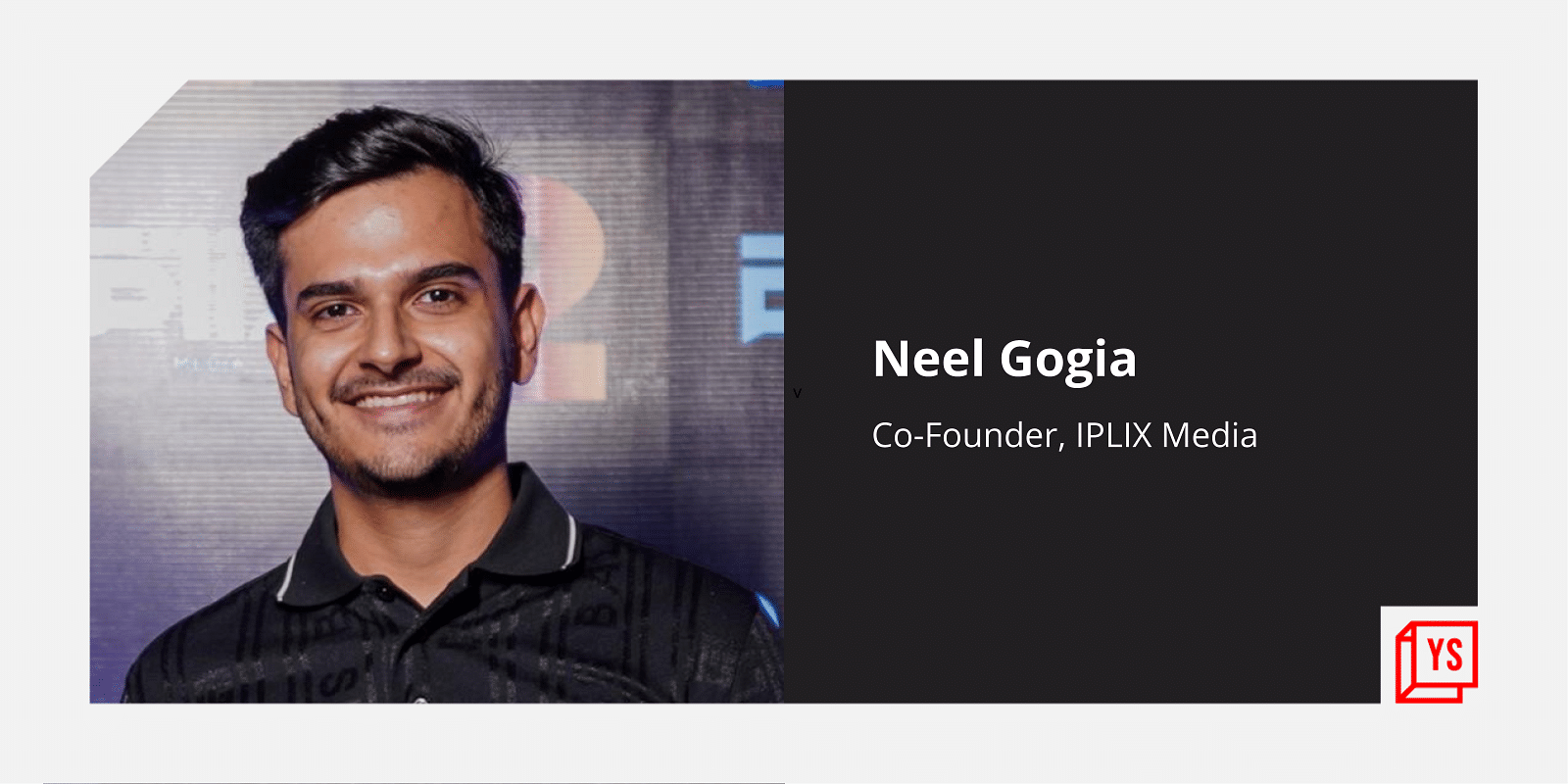 Straight out of college, this entrepreneur found his niche connecting India’s top influencers and brands

Influencer marketing was a little-known concept until a few years ago. Cut to 2022, two years after a global pandemic forced much of the population indoors with an increased reliance on digital and social media, companies are leaning heavily towards influencers to attract customers.

Obviously, brands have realized that influencers have a grip on their target audience and it is easier to reach customers through them.

This growing popularity and demand for influencers has paved the way for influencer marketing and talent management agencies. One of these agencies is IPLIX Media by Neel Gogia, named after its inspiration Iplex, a videoscope product from Japanese optical and reprographics manufacturer, Olympus.

Started in 2019 by Neel, Delhi-based IPLIX Media specializes in influencer marketing and talent management. He has almost 25 exclusive talents in his portfolio including Saloni Gaur, Tech Burner aka Shlok Srivastava and Neha Doodles.

“We want to be in this niche because as influencers or content creators, we help them build a brand,” Neel says in an interaction with YourStory.

In addition to building a brand name, IPLIX helps influencers increase revenue and content, and this 360-degree support system helps influencers find all their requirements met in one place. On the other hand, brands stand to gain, with the startup helping to ensure the right influencer logs in for recommendations and product placement.

“The days of someone just holding a product and putting a selfie with it are over. The public is pretty smart these days,” says Neel. He says the company expects to end FY22 with an estimated revenue of Rs 40 crores, a staggering 500% growth from last year when it closed at Rs 8 crores.

In just over two years of existence, the startup boasts an impressive client portfolio – including Audi, Samsung, Mamaearth, Skillshare and Udemy on board. He started his pilot with OYO in 2019where he worked to create various campaigns and jingles.

IPLIX begins its pre-work before any campaign by obtaining the brand mandate, on the basis of which it develops its future work strategy.

“Strategy has never been part of influencer marketing before. It was purely execution. We brought strategy into the game,” Neel remarks.

His first step is to talk to management and understand their business goals. Based on this, the startup establishes the action plan for the target audience. “It ultimately helps us build flawless stories that also fulfill the business goals at the same time.”

Citing an example, Neel explains that for Audi, a brand known for celebrity marketing, IPLIX tapped into influencer marketing to better reach customers who could afford the brand.

Similarly, Skillshare, a US-based tech company that entered India in 2019, first dabbled in influencer marketing campaigns but failed to quite reach the target audience. expected.

“We reached out and told them it was no problem with the public. The problem comes from the strategy adopted and the type of influencers used for the campaign. We redesigned their campaign, their strategy and since last year they have been working with us every month,” Neel informs.

He goes on to explain that in general, influencer marketing is used for awareness purposes. So, the biggest challenge with this form of marketing is that the conversion does not happen immediately because it is not performance marketing.

IPLIX Media aims for successful conversion-driven campaigns for brands. This is the differentiation that the startup promises to its customers.

“In fact, we’re the only agency to work with such a diverse set of brands to drive conversion-focused campaigns and we’re even refining that every month,” adds Neel.

Citing the example of Mamaearth, he says the problem statement was how to get sales through coupon code redemptions using content. IPLIX also needed to work on a strategy to collaborate with beauty and lifestyle designers but also expand further.

The team worked on an action plan to integrate Mamaearth promotions using entertainment channels that might not be relevant to the product category and make it work because any audience could be a potential customer. For this, it adopted the strategy of integrating an infotainment video, which proved to be successful.

Similarly, Myprotein, a UK-based sports nutrition brand, wanted to expand its influence beyond fitness. Neel says that for this, the team has put together a game plan to use people in the lifestyle and category segment. A decision that proved fruitful for the brand which continued to choose to recruit more lifestyle ambassadors vis-à-vis fitness influencers. This not only helped them build brand awareness, but also opened up a potentially untapped new market.

Prior to launching IPLIX Media, Neel started as a freelance talent manager and managed an influencer during his college years.

“I still have the first emails I sent in my not-so-good English to influencers asking to be their manager. During my first stint, I received a monthly salary of Rs 5,000,” Neel quips .

He set up IPLIX Media in the last year of his undergraduate years, when there was a mandate to do a mandatory work placement. He was convinced that he could use his persuasive skills to create a market not only for influencers, but also for brands.

IPLIX is now a 50-member team, and fully seeded. He recently expanded into the Middle East after recruiting exclusive talent Mariam George from the region.

By the end of 2022, it plans to increase its number of influencers to 100, including nearly 25 from the Middle East. She also plans to venture into the Southeast Asian region to acquire talent.

When asked if the startup would be looking for funding in the future, Neel said, “We don’t need to raise any capital at the moment, if in the future we need it, we will enter the market to raise capital. We are happy where we are.

In 2019, IPLIX was registered as a sole proprietorship. In 2020, it transformed into a limited liability partnership (LLP) with the entry of its partner Jag Chima, who joined the startup in September 2020.

Jag is a UK based entrepreneur, investor and health and fitness enthusiast. He created Physique Global and a gym chain called Kris Gethin Gyms. He joined IPLIX as an advisor to influencers, helping them with marketing decisions and creating their own brands.

Jag and Neel also train members of their 50-member team on how to communicate with talent, influencers and brands, which Neel says is their biggest challenge.

IPLIX Media counts among its competitors talent management companies such as Monk Entertainment and influencer marketing agencies such as Confluencer, Lets Influence.

According to INCA’s India Influencer Marketing Report, the influencer and content marketing solutions unit of GroupM and Exchange4media Group, the top four categories contributing nearly 70% of influencer marketing are personal care (25%), food and beverage (20%), fashion and jewelry (15%). ) and mobile and electronic (10%).

The report also states that the influencer marketing industry is poised to grow at a CAGR of 25% for the next decade, reaching a size of Rs 2200 crores by 2025.

Do you really need to turn off your car while pumping gas?