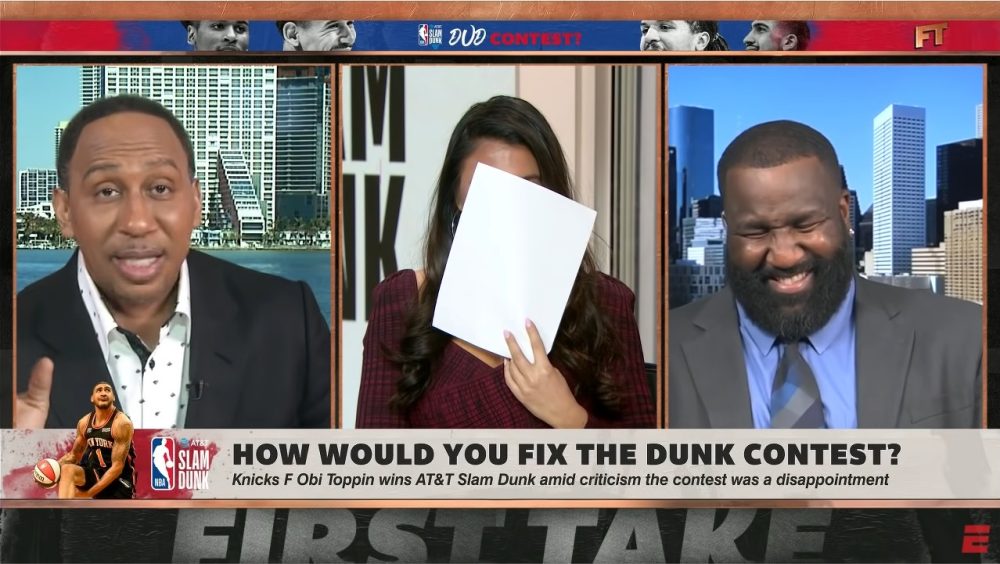 Stephen A. Smith’s rant on the Slam Dunk Contest (“a national atrocity”) was art

Do you remember when the Slam Dunk Contest during NBA All-Star Weekend was an event? Something that drew casual bucket-load fans and awed viewers?

This is really no longer the case. The Dunk Contest has become a butt of mockery and scorn from fans, and on Monday morning a member of the media jumped into the fray.

On the first take, Stephen A. Smith shredded the dunk contest, calling it “the worst slam dunk contest in basketball history” and “a national atrocity”, among other comments.

Here is the full video. I’m usually not even close to the target audience for Smith’s commentary, but I feel like this segment is an actor’s job.

A few other highlights from the segment, which seemed to completely break Molly Qerim Rose and Kendrick Perkins…

Theatrical? Yeah. On top? Sure. Entertaining? You better believe it.