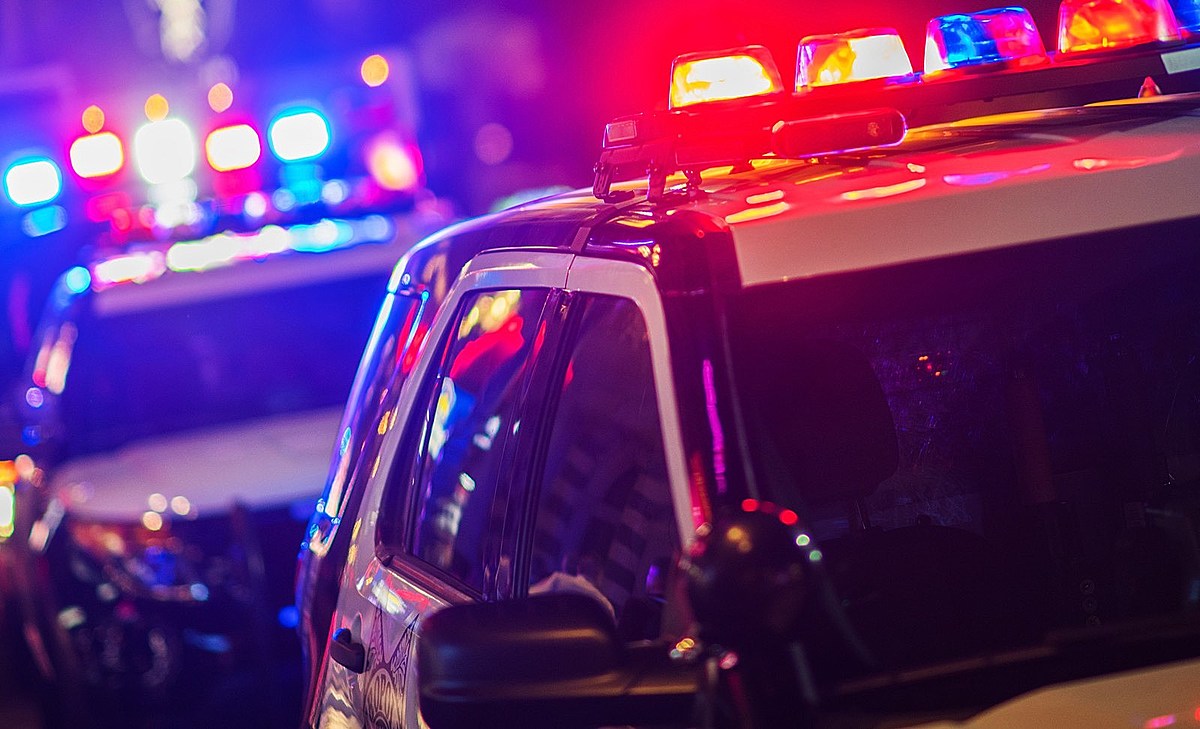 This article is compiled from reports from the Sedalia Police Department.

On Thursday evening, officers were dispatched to the intersection of Harding Avenue and East Broadway Boulevard over a public service incident. Arnold S. Daniel explained that a woman threatened to harm herself and then left the scene. Officers searched the area and could not locate the woman. The female has been identified.

Officers were dispatched to the 900 block of Mitchell Road for an incident of suspicious activity Thursday evening. A general information report was produced to document the events.

Sedalia police were dispatched to Casey’s store at 716 West 16th Street on Wednesday evening in reference to a theft. When officers arrived, they spoke to the appellant, who said a customer came out of the store with two bottles of liquor in his pocket. The appellant was unsure of the bottles stolen by the suspect. No arrests have yet been made.

Early Thursday morning, officers were dispatched to Block 1100 on 6th Street East in reference to a disruption. When officers arrived, they spoke to Heather E. Freeman, who said she was assaulted by her boyfriend. Officers also spoke with a witness, Darrell W. Nease, who also testified that he was assaulted. The suspect had left the scene and was not located. A petition for third degree assault and fourth degree assault has been filed with the prosecutor.

Sedalia police were dispatched to the 1500 block of South Moniteau Avenue in reference to a theft Thursday night. When officers arrived, they spoke to Eric Lee Sassman, who said someone had stolen his live trap, valued at $ 75. Sassman also had video footage of the flight. No arrests have yet been made.

Early Thursday morning, agents were dispatched to Casey’s store, 716 West 16th Street, in reference to a theft. When officers arrived they spoke to the caller who said a customer came out of the store with a bottle of liquor. The suspect was confronted in the parking lot and the object was recovered. The suspect then left the scene. No arrests have yet been made.

Officers were in the South Engineer Avenue and East 4th Street area on Friday morning for a suspicious person call where a subject was seen around a vehicle in someone’s yard. Facing the owner, they fled. Officers were in the area looking for the suspects when they noticed a black SUV had started rolling through the alleys in an apparent attempt to avoid police. Officers attempted a traffic stop and the vehicle fled, starting a chase. The chase continued to the city limits and the suspect vehicle drove south on South Marshall Avenue.

On Thursday evening, officers were dispatched to take a missing persons report from Autumn Byrd in the 1100 block of South Harding Avenue. The person was registered with the NCIC as a missing person.

Sedalia police were dispatched to block 500 on North Moniteau Avenue on Thursday evening for a runaway animal. Cleo Patrice Marshall, 63, was contacted and issued a citation for Animal Running At Large.

Officers responded to the 600 block of South Barrett Avenue for a report from Joshua L. Hilton of a missing minor Thursday evening. Attempts were made to locate the miner, but without success. The minor has been reported missing.

On Thursday evening, officers conducted a roadside check on a passenger vehicle for faulty headlights at North Osage Avenue and West Morgan Street. Officers contacted the driver and explained the reason for the stop. Information was gathered and a computer check was performed. Dispatch said the driver was suspended by the state of Missouri. Aubrey K. Burks, 34, of Sedalia, received a subpoena for driving suspension with a court date.

Sedalia Police responded to a disturbance at the American Inn, 1217 South Limit Thursday afternoon. A check by Dispatch showed that one of the subjects had an active Pettis County warrant with a cash bond or a $ 1,500 bond. Homeless Desiree Lynn Willis, 21, was arrested on an arrest warrant for impaired driving, taken to Pettis County Jail and booked.

On Thursday morning, an officer responded to Liberty Park, 1500 West 3rd Street with a trespass report. Contact was made with the suspect and he received a Liberty Park trespass warning. The subject was then judged unfit to take care of himself due to intoxication. Don Anthony Rodrigues, 49, of Sedalia, was arrested and taken into custody for 12 hours at Pettis County Jail.

On Thursday afternoon, Sedalia Police were dispatched to the 3200 block of West Broadway Boulevard for a property damage report. Contact was made with April Lindsey, who said while she was at work that morning someone had a flat tire. Lindsey estimated the damage at $ 81.00.

Sedalia Police were dispatched to the American Inn, 1217 South Limit on Thursday morning with a report of a subject who died in one of the rooms. Upon arrival, Sedalia Fire had already determined that the subject in question was deceased. No criminal act is suspected at this time.

Officers responded Thursday morning in the lobby of the police department for a false report. The appellant stated that he found a counterfeit $ 20 bill when counting the drawer at Casey’s store, 1909 West Main Street. The invoice was found Wednesday evening. They wanted the bill destroyed and did not want to lay charges.

On Wednesday evening, officers were dispatched to the 1600 block of Heck Avenue for a theft report. Upon arrival, officers contacted Tristan D. Fizer, who said a subject had visited his home the night before. Fizer noticed when the subject left he was missing $ 420.00 in cash.

Sedalia Police responded to the 700 block of West Broadway Boulevard for a report of a minor on the run Wednesday afternoon. Contact was made with Lindsey M Jones, who reported that their adopted child had just run away from their home.

On Wednesday afternoon, an agent was dispatched to the 300 block of West 4th Street in reference to a call from the assistance agency with the children’s division. An assistance agency report was drawn up for the incident.

Officers were dispatched to the 800 block of East 6th Street on Wednesday evening in reference to domestic unrest. After an investigation, one of the subjects involved was arrested and taken to the Pettis County Jail. Akeisha D. Sims, 28, of Sedalia, was detained for 24 hours pending charges of 3rd degree assault.

On Wednesday afternoon, officers responded in the lobby of the police department with reference to a theft report. The complainant was the manager of the Rush Hour store, located at 1320 South Limit Avenue. Management said a company employee stole several Missouri lottery tickets over the course of nearly a month. The suspect has been identified and the investigation is continuing.

Sedalia Police took a Stan Bowlin theft report on Wednesday afternoon in the lobby of the police station. Bowlin said on September 3, he left $ 60 at an automatic cashier at Woods Supermarket, 701 East Broadway Boulevard. Bowlin said when he returned to the ledger the money was missing.