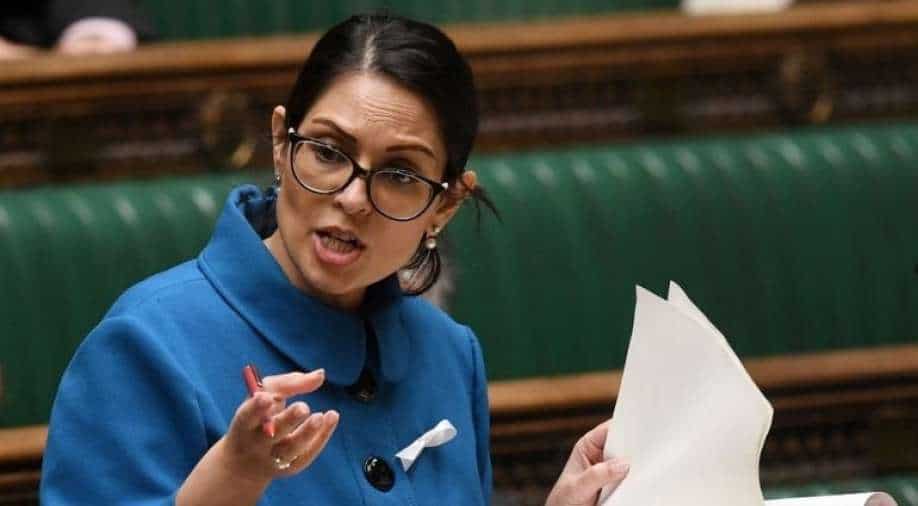 UK Home Secretary Priti Patel has said the Borders Bill will end the appalling and flagrant abuses of the immigration and asylum system.

She took to the microblogging platform Twitter and said: “We are changing UK laws to introduce new scientific methods of age assessment of asylum seekers to end these appalling abuses. “

In the latest crackdown on migrants, adults posing as asylum-seeking children could face x-ray age checks at borders.

“The practice of single adult men posing as children seeking asylum is a horrendous abuse of our system which we are going to end,” Patel said in a statement.

A new committee will examine a range of scientific methods to determine age and assess their accuracy and reliability, as well as medical and ethical issues.

The UK government’s Nationality and Borders Bill is currently before parliament, promising tougher measures against smugglers and, controversially, migrants themselves.

If passed, the bill, which is opposed by rights groups, will allow the return of asylum seekers who have passed through â€œsafe third countriesâ€.

According to analysis of Home Office data, last year a record number of more than 28,000 migrants who paid thousands of pounds to human traffickers arrived in the UK in boats often fragile.

This was more than triple the numbers seen in 2020, with the higher numbers attributed to smugglers’ use of larger boats to navigate one of the busiest shipping lanes in the world.

Tragically, 27 migrants drowned off France on November 24 after trying to cross in a boat that French authorities have compared to an inflatable children’s pool.

The high number of migrants arriving in Britain from mainland Europe has become a political headache for British Prime Minister Boris Johnson.

The flow of migrants has also deteriorated Britain’s relations with France, prompting an inappropriate blame game even as both sides attempt to disrupt human trafficking networks.

(With contributions from agencies)

What happened to the chain of unbelief at Patheos?