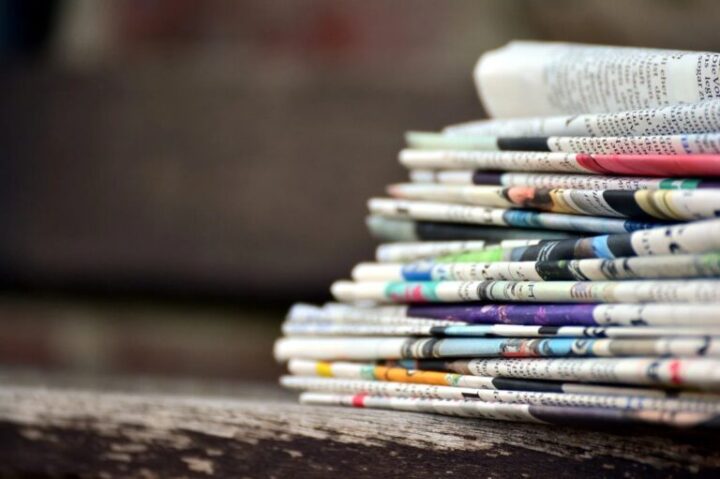 The Punch newspaper reports that Uche Secondus, national president of the People’s Democratic Party (PDP), is fighting for his survival as the plot for his impeachment mounts. The court prevented the federal government from shutting down and freezing Igboho’s accounts. 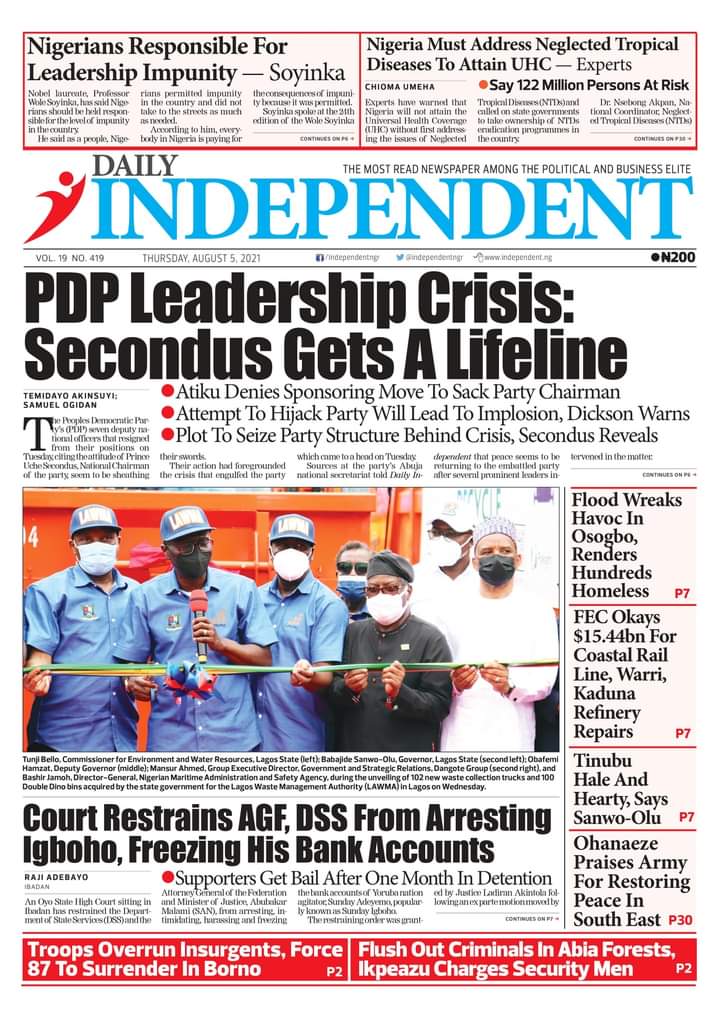 Daily Independent says there is a lifeline for Secondus in the leadership crisis shaking PDP as the seven deputy national officers who resigned appeared to sheath their swords. The newspaper claims that flooding has wreaked havoc in Osogbo, Osun state, leaving many homeless. 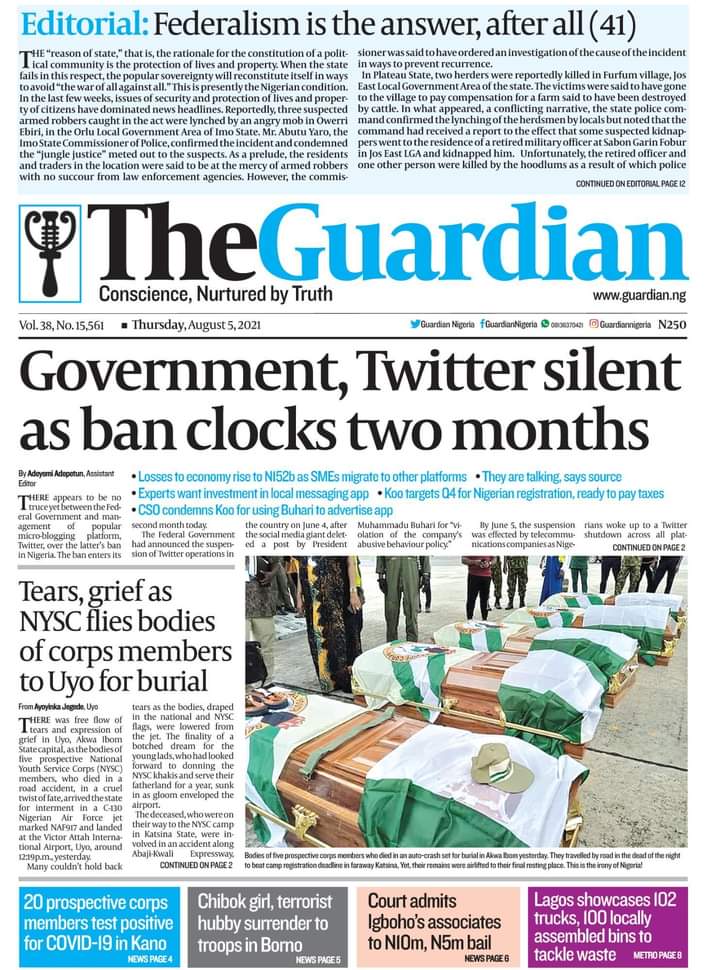 The Guardian reports that the federal government and Twitter are silent as Nigeria’s ban on the microblogging platform lasts for two months. The newspaper said it was a moving atmosphere in Uyo, Akwa Ibom, when the bodies of five potential members of the National Youth Service Corps (NYSC), who died in a traffic accident, were brought in for burial. 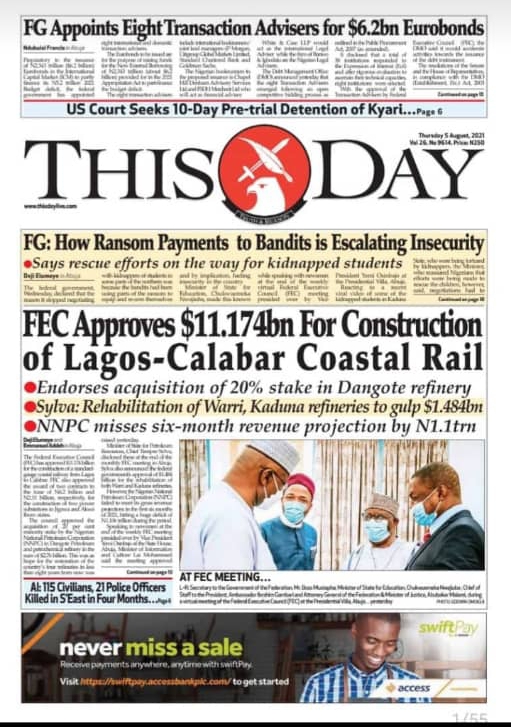 THISDAY says the Federal Executive Council (FEC) has approved $ 11.174 billion for the construction of the Lagos-Calabar coastal rail. The newspaper reports that a US court has requested a 10-day pre-trial detention of Abba Kyari, deputy commissioner for his indictment in the Hushpuppi fraud. 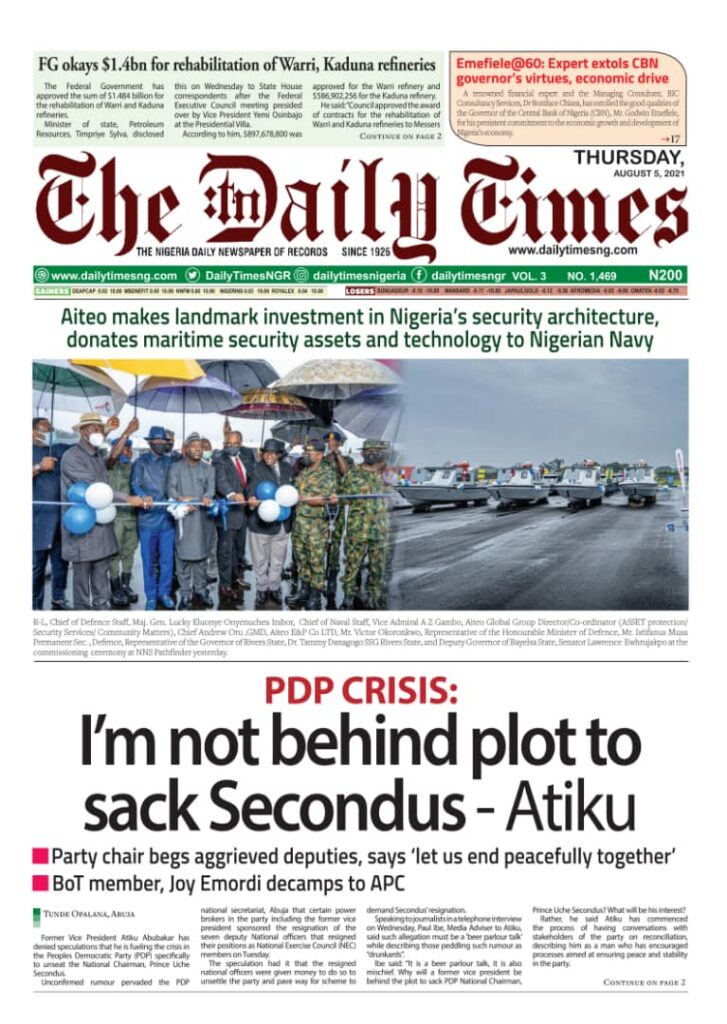 The Daily Times reports that Atiku Abubakar, former vice president, has denied reports that he is behind the plot to sack Secondus as national chairman of the PDP. The newspaper says the federal government has approved $ 1.4 billion for the rehabilitation of the Warri and Kaduna refineries.