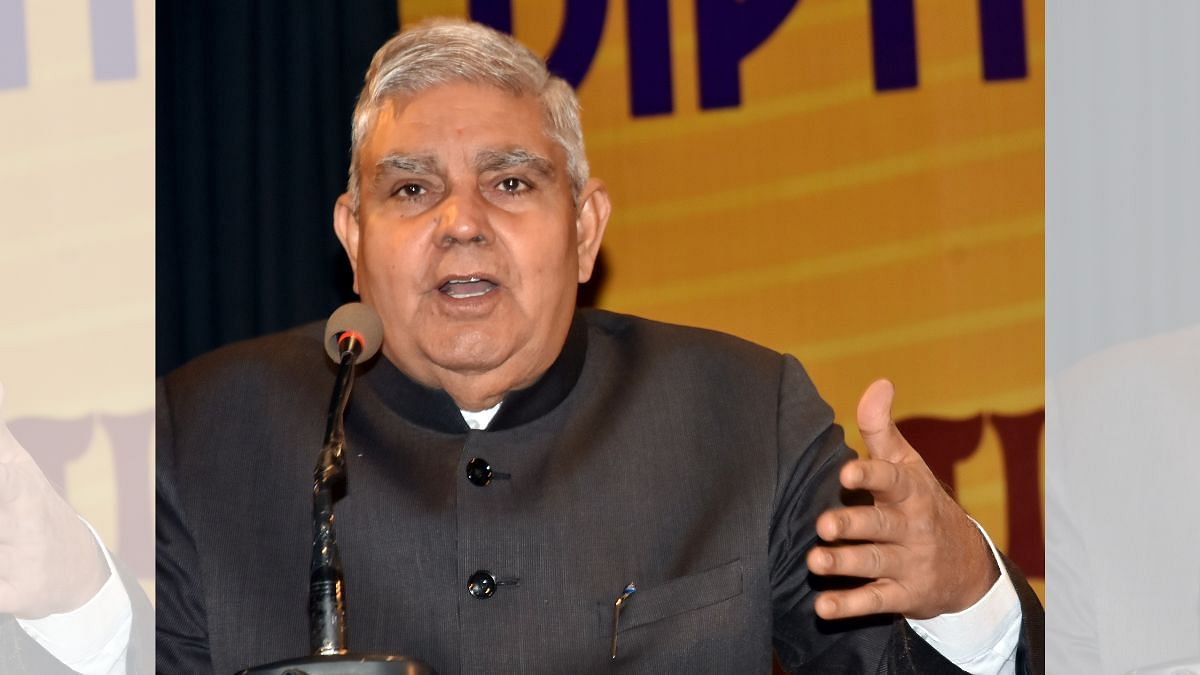 Announcing the result, Lok Sabha General Secretary Utpal Kumar Singh said Dhankhar got 528 of the 725 votes cast, while Alva got 182. Fifteen votes were declared invalid. The total participation rate was 92.94%.

The NDA has 441 MPs, including 394 BJP MPs. In addition, five nominated members also supported Dhankar, bringing the total number of NDAs to 464.

Of the 780 deputies, 725 voted on Saturday. While there are 8 vacant seats in Rajya Sabha, 34 Trinamool MPs abstained from voting and two BJP MPs – Sunny Deol and Sanjay Dhotre – were unable to vote because they were ill. 15 votes were cancelled.

Among the opposition parties, the Biju Janata Dal (BJD), known to be pro-NDA, the YSR Congress Party, All India Anna Dravida Munnetra Kazhagam, the Bahujan Samaj Party, the Telugu Desam Party, the Akali Dal and the Eknath Shinde faction of the Shiv Sena supported Dhankhar. Together, these seven parties have 81 MPs.

The Trinamool Congress, with 36 MPs, decided to abstain from voting. However, parliamentary sources said that two Trinamool MPs – Shishir Adhikary and his son Dibyendu Adhikary – voted in the vice-presidential elections in defiance of the party leadership.

One of Rajasthan’s leading lawyers, Dhankhar has practiced in both the High Court of Rajasthan and the Supreme Court of India, and his legal acumen should come in handy for his role as president of Rajya Sabha.

Read also : Why Dhankhar and Murmu are perfect for Modi’s 2024 mission

A thorn in Mamata’s side

Dhankhar, described by BJP leader JP Nadda as “kisan putra‘ (son of a farmer), was born into an agrarian family in a remote village of Jhunjhunu. He completed his studies in Chittorgarh and obtained his LLB from the University of Rajasthan in 1979.

The lawyer entered politics in 1989 and has been in public life for more than three decades.

His tenure as governor of West Bengal since 2019 has been marked by constant clashes with Chief Minister Mamata Banerjee. So much so that in January this year, the head of Trinamool blocked Dhankhar on the microblogging platform Twitter.

The latest flashpoint between the two came when the West Bengal Assembly passed a bill calling for the appointment of CM Mamata Banerjee as Chancellor of 17 state universities to replace Dhankhar.

In December 2020, a TMC delegation even wrote to President Ram Nath Kovind urging him to recall the governor.

Dhankhar was first elected MP for Jhunjhunu in the 1989 Lok Sabha elections on a Janata Dal ticket. He then served as Minister of State for Parliamentary Affairs in 1990. Later, in 1993, he was elected to the Rajasthan Assembly from Kishangarh in Ajmer district. He joined the BJP in 2003.

Judges rely on Wikipedia for their opinions, new study finds