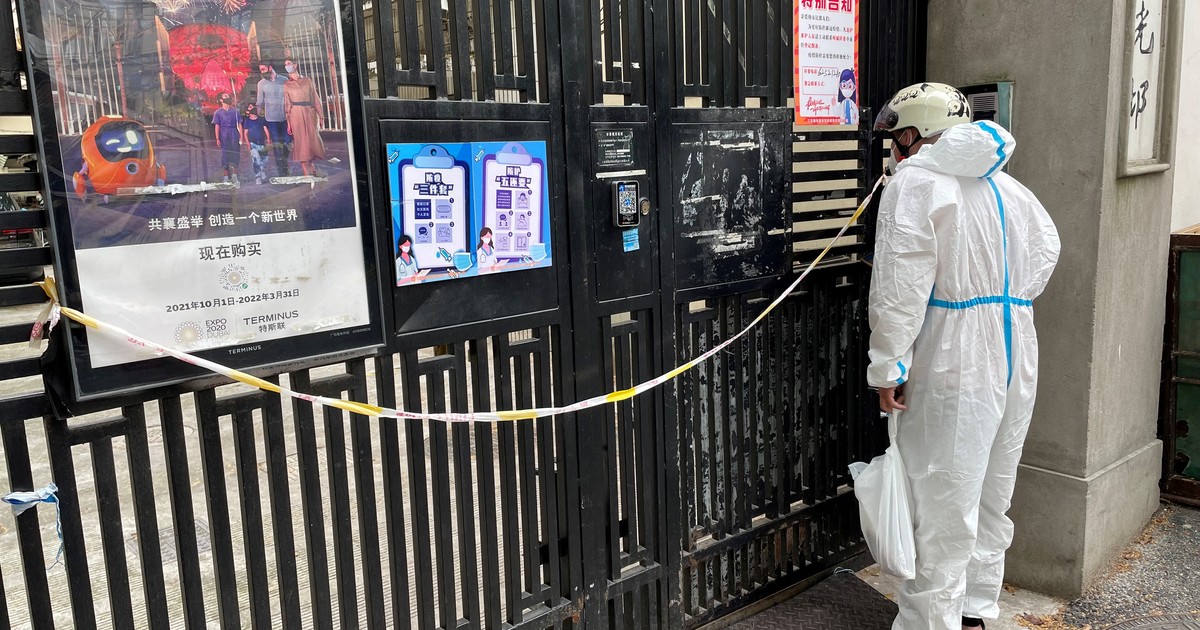 Metal barriers to stop the coronavirus: how is the curious method applied by China

Metal barriers were erected in several Shanghai neighborhoods last weekend as part of the city’s efforts to fight a Covid-19 outbreak, a move that sparked protests and angered some residents.

Workers, clad in head-to-toe white protective suits, lifted mesh fences and metal sheets for cut off roads, isolate residential communities and even the entrance to a building.

Most of the metropolis of 25 million inhabitants has been in confinement for a month, although the measures have been relaxed in certain districts.

Barriers have been installed to guarantee the motion control and they usually leave a small entrance which can be easily controlled.

Is this a new method?

This system is new to Shanghai, but during the pandemic, it was applied in other parts of the country. For example, in early 2020, some neighborhood committees – the lowest level of local government – ​​installed metal sheets and fences in parts of the capital Beijing to control access to housing.

In Wuhan, where the first cases of COVID-19 were reported at the end of 2019, they have also been installed.

The way they are built varies: sometimes the government fences off entire blocks in a neighborhood, leaving only one or two entrances, while at other times isolates only designated residential buildings.

This measure has been widely applied in border regions such as Suifenhe, a northeastern city that borders Russia, where it has been used to cut off entire streets.

Why are people complaining in Shanghai?

Shanghai had not used large-scale metal fencing in the two years of the pandemic and was proud to take more specific measures that did not include isolation.

But that changed with the latest outbreak, fueled by the BA.2 variant of omicron, which is more contagious than previous ones. The central authorities decreed a confinement which prevented the population from even going “one foot beyond the door”, according to a popular slogan.

Many residents were angry at the barriers blocking their homes and some posted videos online showing the protests.

In a recording verified by The Associated PressResidents were leaving a building in the city’s Xuhui district and breaking through a latticework barricade at the main entrance, looking for the security guard they believed was responsible for their installation.

The city adopted a tiered system that divides neighborhoods into three categories according to the risk of contagion.

A neighbor from Shanghai, in her building protected by the Covid pandemic. Photo: Reuters

Those in the first category face the strictest anti-covid controls and are the ones that mostly house the barriers.

However, some ward managers place billboards in areas that do not fall into this category. A neighbor called the police to protest the closure of streets near his building, saying his apartment was not at that level.

He and two other residents tried to prevent its installation, but were stopped by a neighborhood committee worker. The officer told residents they had no right to leave their homes, according to the man’s account posted on the WeChat microblogging network.

How long will they stay?

In some cases, residents have succeeded in protesting.

In an apartment complex in Shanghai’s Putuo district, residents protested angrily after the residential committee installed a U-shaped padlock on their building’s door on April 16.

“It was very sudden, without warning, and it wasn’t just the building. All areas downstairs have been blocked off. Every escape route was blocked,” said Zhang, a resident who asked to be identified by his surname. “If there was an accident or a fire, everyone would die for sure.”

The neighbors called the police. and the city emergency line. The committee relented and duct tape was placed on the door instead, but a notice sent to residents, which Zhang showed to the AP, warned that destroying it would have legal consequences.

In Beijing, many barriers have been removed after the city went nearly two years without a major outbreak. But now many residential compounds where there are positive cases are closed again.

TOPICS THAT APPEAR IN THIS NOTE

Why small businesses should be on TikTok

The joy of a little clutter | Local News