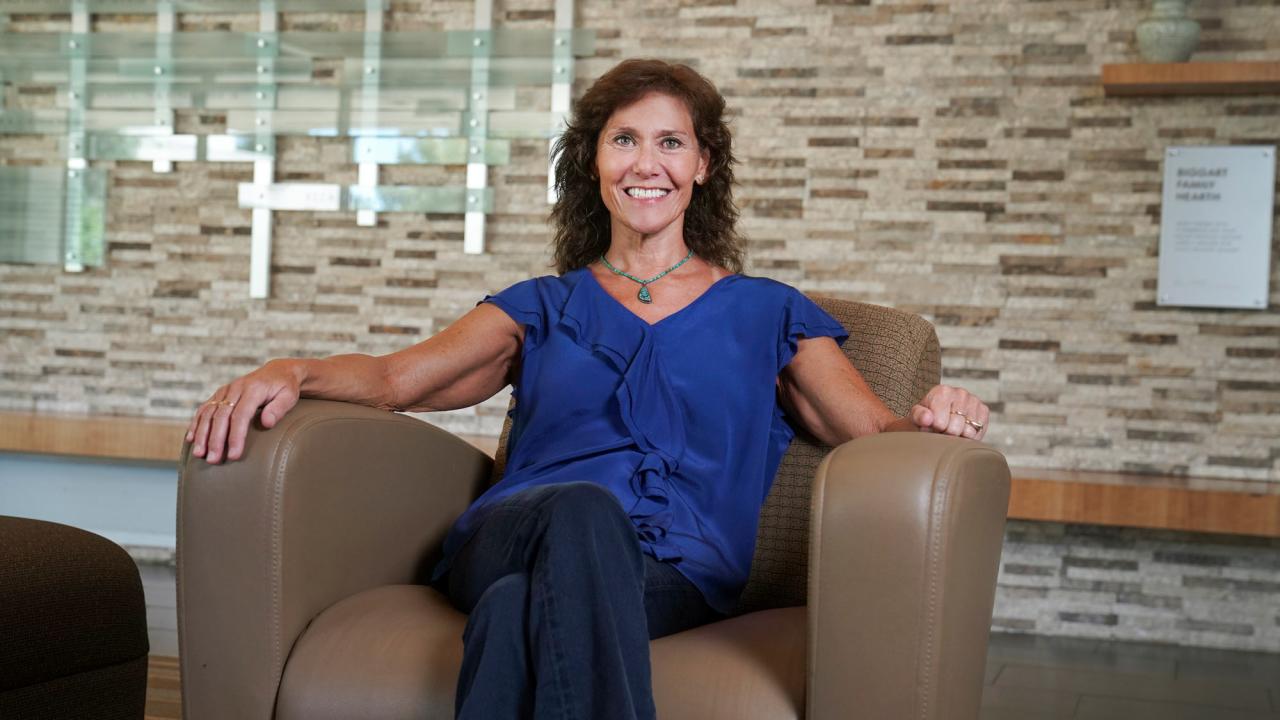 LASERS: Kim Elsbach is the first UC Davis Scholar in the Academy of Management

Honorary Professor Kim Elsbach from the Graduate School of Management was elected a Fellow of the Academy of Management, the first from UC Davis to earn this honor.

Elsbach, who earned a Ph.D. in Industrial Engineering and Engineering Management from Stanford, joined the GSM faculty in 1997.

The academy, an international association of management and organizational scholars and practitioners, grants Fellowship status to recognize members for their significant contributions to the science and practice of management.

Upon learning of her election, Elsbach wondered what real impact she had had. She replied in a blog post which reads, in part, “For me, the answer was that my work, in a small way, has helped people understand who they are as members of organizations (e.g., at work, hobbies, school, etc). This includes understanding both their self-perception, as well as how others perceive them in their organizations. »

She noted her recent work with NASCAR fans, describing it as the first empirical field research to show a factor other than status or prestige as the primary motivator for organizational identification. “My work helped them understand how authenticity needs underpinned their motivations to join,” she writes. “Most importantly, it helped them understand that it was important for most to provide opportunities to be themselves at work. employees.”

Annaliese Franz, Professor of Chemistry, was named to the American Chemical Society Class of 2022 Fellows, recognized for his outstanding contributions to science, the chemical profession, and society.

Franz, a UC Davis faculty member since 2007, is a world-renowned researcher specializing in the organic synthesis, catalysis, and sustainable production of biofuels and materials from microalgae.

In selecting Franz as a Fellow, the American Chemical Society, or ACS, recognized his scientific leadership in the fields of asymmetric catalysis and organosilicon chemistry, as well as his contributions to society and to the chemical community in the sense wide through service, leadership and mentorship.

Franz served as president-elect of the ACS Organic Chemistry Division, the organization’s largest technical division, and also serves on a number of awards and conference organizing committees, among other activities for the society. international scientist. She received a Rising Star Award from the ACS Women’s Chemist Committee in 2012.

The US Track & Field and Cross Country Coaches Association has announced that it will induct UC Davis’ Sue (Cumnock) Williams into his hall of fame in December. The ceremony will be part of the association’s annual convention to be held this year in Denver.

She was among the first group of female coaches to be hired at UC Davis after the federal government enacted Title XI, demanding equal athletic opportunities for men and women, and would become an Aggie legend during her careers. three decades of coaching career.

She created the women’s cross country program in 1973, added the men’s team to her coaching responsibilities in 1990 and led both teams to extraordinary success until her resignation in 2003. As an example, the Aggie women qualified for the NCAA Division II championships every year from 1981 to 2002, the last year of UC Davis eligibility at the Division II level. In 1990, she was named NCAA Women’s Cross Country Coach of the Decade, the 10th anniversary of the NCAA’s sponsorship of women’s athletics.

She was also a head coach for 15 years in the 1970s and 1980s and later served as an assistant coach for distance runners with the program.

Watch the video released during Williams’ 2014 induction into the Cal Aggie Athletics Hall of Fame.

Keeping it in the UC Davis family, sort of: The Entomological Society of America will present its highest honor this year to Walter Leal, a UC professor; Melody Keena, a UC Davis alumnus; and Alvin Simmons, a scientist who is so close in spirit to the aforementioned professor that they call themselves twins.

Each is granted the title of honorary member, recognizing extraordinary involvement in the affairs of the society for at least 20 years. Nominees are chosen by the company’s board of directors and then presented to members for a vote.

The ‘twins’ co-chaired the 2016 International Congress of Entomology conference, ‘Entomology Without Borders’, held in Orlando, Florida, which drew nearly 7,000 people from 101 countries – the largest gathering ever in insect science history entomologists.

Keena earned three UC Davis degrees in entomology: a bachelor’s degree in 1983, a master’s degree in 1985, and a doctorate in 1988. She is research entomologist for the U.S. Forest Service Northern Research Station, working as a senior scientist in the station’s branch in Hamden, Connecticut.

Read more in this article by Kathy Keatley Garvey, Communication Specialist, Department of Entomology and Nematology.

Marina Leit, associate professor in the Department of Materials Science and Engineering, College of Engineering, was elected a senior member of the Institute of Electrical and Electronics Engineers, recognizing significant contributions to the field through professional and technical excellence.

Senior members have over 10 years of experience and have demonstrated significant performance. Leite is known for her research on functional materials for clean energy.