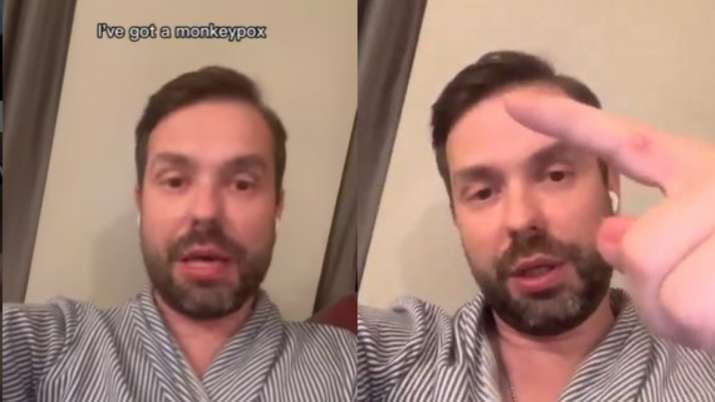 Italian fashion blogger Maxim Sapozhnikov discovered his monkeypox infection through short videos posted on Instagram, the photo and video sharing social networking service. Along with a two-part video, Sapozhnikov said he was initially unsure about sharing his infection on a public platform due to fear of stigma. But since he discovered the disease “only through Instagram”, he wanted to raise awareness about the disease.

“@Doctor.Darien posted about monkeypox symptoms – it was a random post in my feed, but it made me stop and rethink the symptoms I was having.

“I have #Monkeypox. I didn’t know if I should talk about it in public. But I believe social awareness is more important than any stigma. No disease is embarrassing,” Sapozhnikov posted.

He said if he hadn’t seen the video, he would have just ignored his symptoms and “went on with his social life with no idea of ​​the disease. Now I’m home, taking care of myself – and at 100% safe for others!”

“I hope my post will remind you that health and safety comes first,” Sapozhnikov said.

In the video, the blogger shared that he had had fever, diarrhea and pimples on unusual parts of his body since falling ill.

“I can’t believe this is happening to me. Honestly, it’s hard to recognize at first because the first symptoms could be like the flu,” Sapozhnikov said.

After falling ill, Sapozhnikov said he took a Covid test, which came back negative.

After the first two days of “headaches and fever and a bit of diarrhoea”, he got a small pimple on his finger which then grew large. Later, he saw another lesion on his collarbone and other parts of his body.

“Contrary to all prejudice, the disease does not choose sexual orientation,” Sapozhnikov said, adding that the virus can spread through respiratory particles and touch objects used by infected people.

To date, more than 5,000 cases of monkeypox have been reported in 51 countries around the world not endemic to the disease, according to the US Centers for Disease Control and Prevention.

The number of infections in Europe is around 90% of the global total, with Italy reporting around 100 cases.

1 in 2 Indians victim of extortion and misuse of data through instant loan apps: report