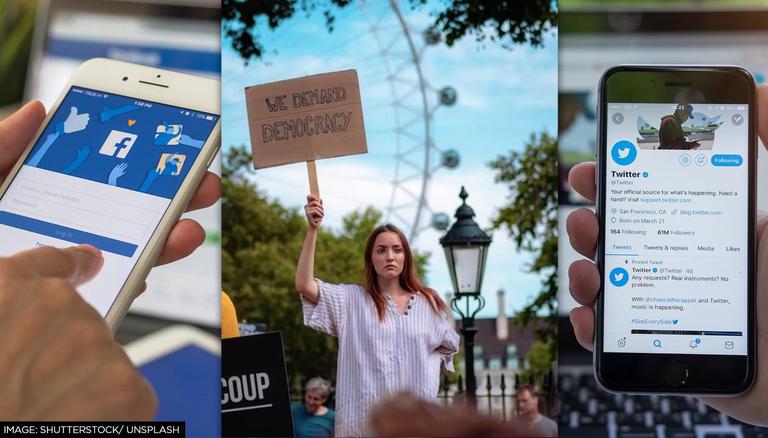 Is Social Media Threatening Democracies Across The Globe With Disinformation?

As social media platforms are an integral part of global democracies for the convergence of media, public opinion and free speech without inference, censorship and state retaliation, in recent years, they have contributed to polarization, populism, biased facts, divisive political rhetoric, and manipulation, threatening the very fabric of democracy. Major social media platforms, particularly Facebook operated by parent company Meta owned by tech mogul Mark Zuckerberg, and the microblogging site Twitter now operated by new Indian-born CEO Parag Agrawal have not only become the biggest source of hatred and misinformation, but also failed to regulate the flow of information “biased against the facts”.

A 2020 media manipulation investigation by the Oxford University institute on Friday, December 17, found evidence in each of the 81 countries surveyed. Organized online social media manipulation campaigns grew 15% year-on-year in at least 70 countries in 2019, suggests a report compiled by the Oxford Internet Institute (OII), adding that governments, public relations firms and political parties produce disinformation on a large scale, especially with regard to political communication. The OII team warns that the level of political manipulation on Facebook and Twitter has increased tenfold, with governments and political parties spending millions on private sector “cyber-troops” who manipulate citizens’ opinions by spending on average $ 10 million for political ads on social media.

“Our report shows that disinformation has professionalized and is now produced on an industrial scale. Now more than ever, the public must be able to trust reliable information on government policy and activity, ”said Philip Howard, director of the institute and co-author of the report.

In the 2020 presidential election, social media platforms Twitter and Facebook imposed an unprecedented ban on former US leader Donald Trump over his unsubstantiated claims of “voter fraud” that led to the violent insurgency in the United States. United States Capitol. In an apparent display of violation of democratic process, the crowd attempted to stop the certification of democratically elected President of the United States, Joe Biden.

Under public pressure, Twitter and Facebook then indefinitely banned the former US president’s official social media accounts, citing the political context of emergency and national security, which the latter called a bloody violation of his policies. human rights and freedom of expression. The Geneva press club also discussed at length the impact of such a decision on democracy, as such measures taken by the social media giants constitute an obstacle to freedom of expression.

“We have made a lot of mistakes in running the business, and Facebook needs to redouble its efforts to ensure that the tools it creates are used in a ‘good and healthy’ manner.” – Facebook CEO, Mark Zuckerberg.

In recent years, Facebook and Twitter have also been accused of using new foreign influence tactics to manipulate voters through a network of fake automated accounts. In 2010, personal data belonging to millions of Facebook users was acquired by UK consultancy Cambridge Analytica without the knowledge or consent of users for political advertising through a “This Is Your Digital” app. Life “. The Facebook-Cambridge Analytica data scandal involved 87 million Facebook profiles collected via the analytical aid platform for the 2016 US presidential campaigns of Ted Cruz and Donald Trump.

“We didn’t have a broad enough view of our responsibility, and that was a big mistake. It was my mistake, and I’m sorry. I started Facebook, I run it and I am responsible for what goes on here. —Mark Zuckerberg, CEO of social media platform Facebook after the data breach scandal.

Political parties such as Republicans and Democrats have come under fire for inflating their popularity by creating hashtags and trends related to their political parties, thus maliciously influencing Democratic voting systems. The world’s most polarizing politicians are also using social media platforms to advance their agenda through artificial bots and fake accounts. Russian conspirators meddled in the 2020 US election, hampering the democratic process by spreading discord, lies and disinformation to at least 100 million voters on social media platforms, according to report by Special Advisor Robert Mueller .

The Russian government and Kremlin-linked companies have used a “comprehensive and systematic” effort to undermine Americans’ confidence in their democracy, the Mueller report reveals citing federal investigators. The former director of the FBI and law enforcement officers in the Trump administration, who has been appointed special adviser to investigate Russian collusion, said during his testimony before two House committees that Russian agents had hacked into local voter registration systems without actually tampering with the vote count, but by launching a mass political campaign to influence the views of American citizens on politicians and the American political system by using trolls and hacking accounts.

FBI Director Christopher Wray also confirmed the weakening of American democracy to the Senate Judiciary Committee, noting that Russian President Vladimir Putin “ordered an influence campaign in 2016” to help elect Trump via an online political campaign. A Facebook representative also testified before the United States Congress, saying that at least 470 Russian-controlled accounts collectively posted 80,000 political messages between January 2015 and August 2017 to influence the votes of more than 126 million people, according to the reports. Facebook estimates.

Likewise, Twitter published an update in 2018 indicating that there were 3,814 online accounts run by the Russian government agency Internet Research Agency (IRA) that attempted to influence political opinion by tweeting 175,000 times. , reaching 1.4 million Americans. Much of the threat to democracy from social media is the unregulated content, ineffective design and application of fair policies, and the lack of authenticity of millions of existing accounts.