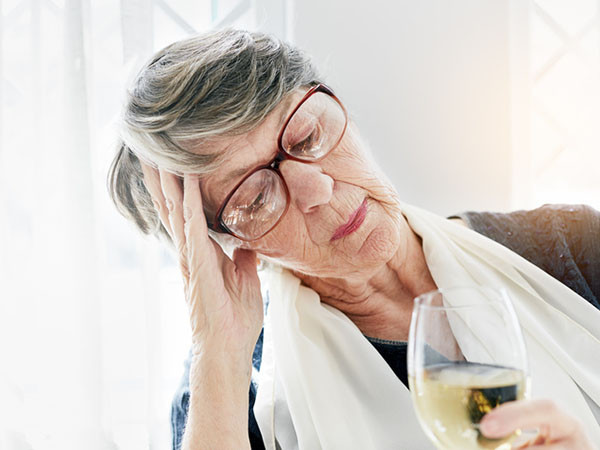 Increased alcohol consumption in the elderly

As the baby boomer generation approaches retirement age, it is expected that by 2034, older people (65 and over) will be more numerous in the United States for the first time in the story. As the population ages, the demand for health care will increase and the increasing rates of alcohol consumption among the elderly could create additional challenges for an already overburdened health system.

Trends in alcohol consumption among the elderly

Alcohol consumption among the elderly has tended to increase over the years, especially among women. An epidemiological investigation determined that in the United States between 2001 and 2013, among people 65 years of age and older, the rate of alcohol use disorders increased by 107%. The University of Michigan’s 2021 National Healthy Aging Survey found that although the majority of seniors surveyed drank alcohol at low to moderate levels, there was a subset of older adults who were older. older than recommended guidelines for alcohol consumption. In particular, 20% of respondents drank alcohol four or more times per week; 27% reported having had six or more drinks on at least one occasion in the past year; and 7% reported alcohol-related power outages.

Negative effects of alcohol consumption in the elderly

Drinking too much alcohol can have negative consequences on physical and mental health, including heart and liver problems, memory problems, mood disorders, as well as an increased risk of cancer and a weakened immune system. In addition, age-related changes in the body put older people who drink alcohol at additional risk. Older people have an increased sensitivity to the effects of alcohol because they usually metabolize alcohol more slowly. Lean body mass also decreases with age, and with less muscle to absorb alcohol, older people feel the effects of alcohol more quickly, even with less alcohol consumption than when they were older. youth. Older women are at greater risk for these effects than older men. Combined with other physical changes in the body due to age, older people who drink alcohol are susceptible to falls, broken bones, and other unintentional injuries. Since many older people take multiple prescription drugs, another major concern for this age group is the dangerous and sometimes fatal consequence of mixing drugs with alcohol.

Alcohol use in the elderly and the COVID-19 pandemic

New evidence indicates that individuals in the United States and around the world are increasing their alcohol consumption in response to the COVID-19 pandemic. Research that looked at the alcohol use of older people during the early stages of the pandemic generally found that, compared to younger adults, older people report smaller increases in alcohol use. However, a national survey and a study of social media users both found that older people reporting symptoms of depression and anxiety during the pandemic were more likely to increase their alcohol consumption than those who did. not these symptoms.

Tips and Resources for Seniors

As a service to our readers, Harvard Health Publishing provides access to our library of archived content. Please note the date of the last revision or update of all articles. Nothing on this site, regardless of date, should ever be used as a substitute for direct medical advice from your physician or other qualified clinician.