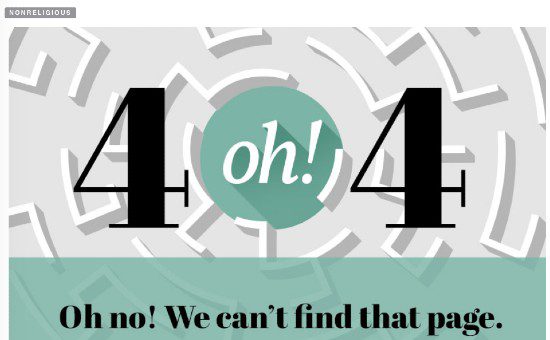 I hope one day you will join us

I am angry, disappointed, frustrated and confused by Whoever It Is Who Now Owns Patheos’ decision to unplug what was once the atheist channel. It was an ill-conceived, self-defeating and damaging decision for this platform, and does not bode well.

But I’m also glad it happened.

Yonat Shimron offered a good summary of the past month:What happened to the Patheos non-believer channel?”

The subhed/nut of this story: “Bloggers have been told they can stay with Patheos as long as they stop writing negative or critical articles about religion or politics and instead focus on how to live a good life in their own view of the world. They left.”

There is no way to read such concern about the “politics” of atheists who do not also reject Baptist “Politics.” And it’s hard to understand what “focusing on how to live a good life in one’s own worldview” means to anyone whose “worldview” involves anything other than a vague, flabby, individualistic, compartmentalized viewer. in insignificance and perpetual. Ugh.

Visitors to Patheos, the multi-faith media platform that hosts commentary from writers from many world religions, may have noticed some changes lately.

His non-religious channel has become an empty mass, devoid of most of the household names that once occupied the space, including his most popular blogger, Hemant Mehta, the “nice atheist.”

Mehta and 14 other non-religious bloggers, along with the channel’s manager, decamped to a new site, OnlySky Media …

The changes come amid new surveys showing that the number of people unaffiliated with religion has exploded in recent years to 29% of the US population, from 19% in 2011. These “nones”, a catch-all for a host of groups, including atheists, agnostics, humanists, and just plain lay people, have created multiple service and advocacy organizations to serve this growing segment of the population. But there is no media platform solely dedicated to those who are not part of traditional religions.

Efforts to reach the Patheos management team were unsuccessful, but the departing bloggers and their channel manager, Dale McGowan, said that about a year ago Patheos decided to change editorial management. Bloggers were told they could stay with Patheos as long as they stopped writing negative or critical articles about religion or politics and instead focused on how to live a good life in their own worldview.

“The writing on the wall was that unless you were prepared to say nice things about religion you need to find a new point of salesaid Mehta, who has written for Patheos since 2011.*

The style points to Hemant there for the biblical allusion.

Anyway, like I said, while this is bad news for Patheos, I’m also glad it happened because OnlySky is good news for readers. Not only is it the new home of some of my favorite old neighbors here like the sympathetic atheist and Captain Cassidy, but it introduced me to a lot of interesting new voices. Here’s just a sample of Good Stuff from my new OnlySky RSS feed**:

I am grateful to whoever now owns Patheos for choosing to shoot himself in the foot and thus allowing me to meet all these writers.

Granted, OnlySky also hosts a handful of Funhouse-Mirror-Josh-McDowell-type bloggers and that kind of debate-me excuses aren’t my cup of tea (or my cup of Russell’s teapot). But the posts above and the kind of always interesting stuff I’ve long enjoyed from Hemant Mehta are much more typical of what you’ll find on OnlySky.

Patheos’ loss is the readers’ gain.

See also: “The OnlySky story: Six stories from our creative team that capture our mission and vision.”

* This was the year the then site owners really took to blogging, securing a quartet of blogs they saw as the tentpoles of this new endeavor. With the exit of Hemant, following the earlier departures of Scot McKnight and the Anchoress, only one of those 2011 additions remains. This guy must be wondering about his future here.

** Yes, it’s true, an RSS feed. I am old. And RSS feeds are cool. I’m not saying they are the alone alternative to the soulless, corporate tour buses that have zapped all life from the web for the past decade, but they are still one of those alternatives.