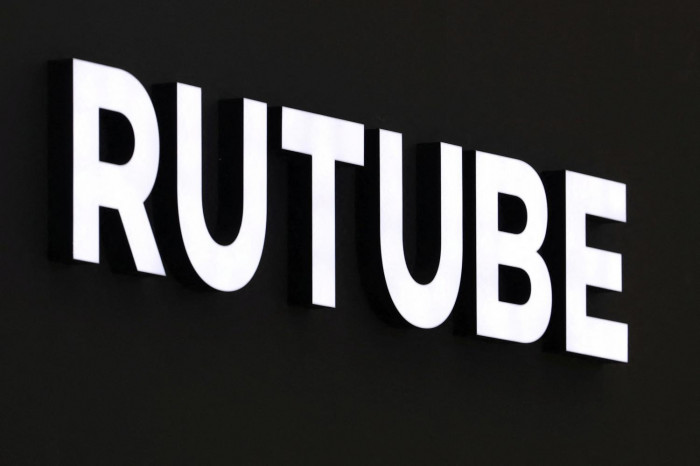 As part of a broad effort to control the narrative of its invasion of Ukraine, the Kremlin is pushing Russians to adopt local alternatives instead.

Russian authorities have set up firewalls around several Western social media platforms and are threatening more.

They must now convince Russians accustomed to the freedoms of YouTube and Instagram that censored national social networks can offer opportunities to earn money and an equally large audience. And they’re not just cheap counterfeits.

Rutube, Russia’s answer to YouTube, and Fiesta, an Instagram-like app, have since seen a huge surge in downloads, as have apps that let people access recently banned outlets.

Meta and other social media companies have also suspended advertising in Russia, making it harder for content creators to generate income from a Russian social media account.

“Our brains, our guys, the programmers are able to improve these platforms,” ​​he said, citing as examples Rutube and VKontakte, a Russian version of Facebook.

“What’s missing are effective monetization opportunities,” Mr. Mishustin said, “It will make our youth and give us our own field.”

The Kremlin’s campaign to encourage Russian newcomers over Western platform operators has put users and content creators in the crosshairs.

As people around the world turn to YouTube, Instagram and other social media for news and first-hand accounts of the violence, Russia has made it riskier to provide the online content that is in demand.

The government has passed a law that threatens jail time for anyone publishing what authorities consider to be false information about the country’s invasion of Ukraine, which the Kremlin calls a special military operation. The law applies to both traditional and social media.

Gazprom-Media, a unit of Russian energy giant Gazprom PJSC and owner of Rutube, has led Russia’s efforts to develop alternatives to social media, with government support.

Gazprom, which also owns VKontakte through its insurance subsidiary Sogaz, launched Yappy, an in-house version of TikTok, in November.

These efforts have had some success. Fiesta, which launched in November 2021, hit the top spot in downloads among Russia’s top free iPhone apps on Apple Inc.’s App Store for five days last month, according to analytics firm Fiesta. Sensor Tower Inc. apps

Rutube gained 1.1 million downloads on Apple’s App Store and Alphabet Inc’s Google Play in Russia last month, while Yappy has gained two million downloads thanks to them since early February, according to data from SensorTower.

Last month, almost two billion visits to YouTube came from users of Russian web browsers on the mobile and desktop web, according to estimates provided by analytics firm Similarweb Ltd.

And apps and browser extensions that allow people to access recently banned social networks have flourished.

Demand for virtual private networks, or VPNs, increased nearly 2,700% from average daily demand in the week before the Ukraine invasion began, according to the company’s Top10VPN.com London-based research firm PrivacyCo Ltd.

She estimates that the Kremlin has blocked more than 900 war-related websites.

According to Similarweb, Instagram received 157 million visits from Russian internet users based on the same statistics as YouTube.

Some Russians are just not impressed with the local alternatives.

Veniamin Prozorov, a 30-year-old graphic designer in Moscow, said he had no interest in leaving YouTube, which he uses for alternative views to Russian state media and for entertainment.

He also uses Twitter, via a VPN, and Telegram, an encrypted platform.

“I will unequivocally not go to Rutube because it is a cheap substitute that can never replace YouTube,” Mr. Prozorov said. “I tried to use it but had an extremely negative impression of the quality of the video and the content that was posted.”

News comes exclusively from state-backed media or pro-government talking heads, and recently the content has been mostly pro-war. Other popular videos included titles such as “Swimming in a Hot Pool” and “How I Cured My Acne”.

For some content creators in Russia, the country’s platform alternatives are not big enough for them to earn a living. They also don’t expect the dedicated fanbases they’ve spent years cultivating on mainstream apps to suddenly shift to Russian networks.

Lilia Khazhieva, owner of the jewelry company Copine, has done most of her business on Instagram.

She had plans to expand to Europe and had been invited by showrooms in France and Italy – who connected with her via Instagram – to show off her jewelry there. Now, she can no longer place targeted ads on the platform, which prevents her from building a larger audience.

Its sales have fallen by around 30 to 40% since the start of the war.

The 30-year-old doesn’t see Russian platforms as viable alternatives and said she doesn’t want to support them for political reasons.

“If our brand is no longer visible, it will be a regular death for us and most small brands,” Ms. Khazhieva said.

Ruslan Usachev from St. Petersburg has been running a YouTube channel since 2010 which mainly offers travel and news videos.

Since YouTube’s parent company Google, a unit of Alphabet, suspended ad monetization in Russia in February, Usachev said his revenue from the video platform, where the 32-year-old has 2.6 million subscribers, fell about 10 times.

Russia has warned that YouTube could be blocked after the company banned Russian state media channels, citing its policy banning content that “downplays or trivializes well-documented violent events”.

Mr. Usachev, who still posts content on YouTube, has also posted on VKontakte and Telegram. But, he said, “None of them can replace YouTube in terms of features or offer the same reach for video.”

YouTube’s pause on ad monetization in Russia has also affected Latvia-based YouTuber Stas Davydov’s earnings, as most of his nearly six million subscribers live in the country.

Before the war, the 34-year-old said he earned around €2,500, or about $2,700, a month on YouTube. In March, he only earned around €600. Although his viewership did not drop significantly, he said many Russian advertisers have halted ad spending.

Mr Davydov, who started his YouTube channel 12 years ago, mainly discusses pop culture, technology and other topics he finds online, although a few weeks ago he is pronounced against the war. The topic was not well received by all of its viewers, some of whom unsubscribed.

He took a week off to post videos on YouTube, then refocused on entertainment. He made one small exception: he posted a video explaining how to set up a VPN to evade Russian government firewalls.

“That’s what everyone wants in Russia right now,” Davydov said.