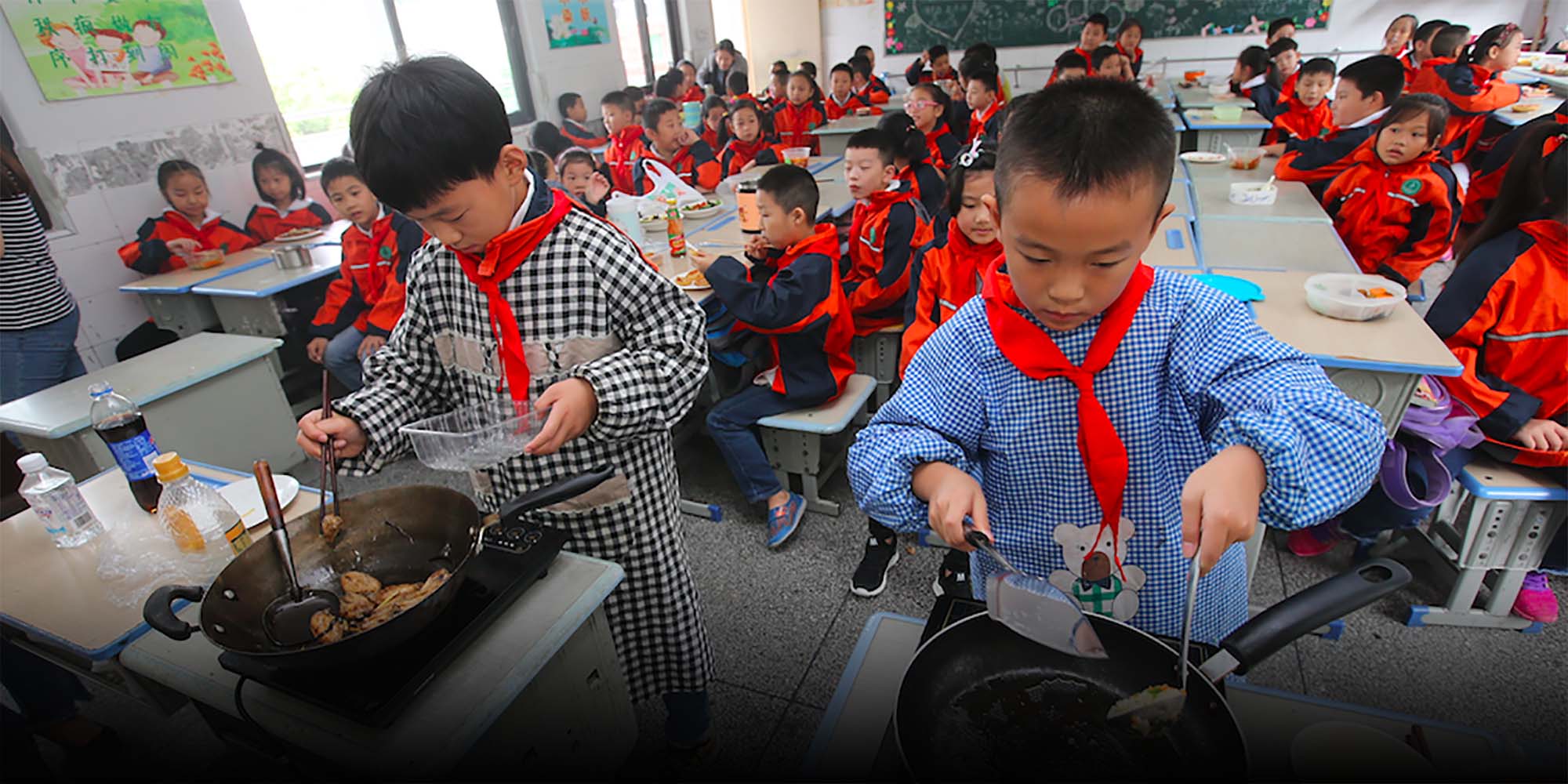 Chinese children will now learn to farm and cook in school

Chinese public schools will soon ask students to drop off their books and electronics and pick up spatulas, brooms and kettles.

The country’s top education authority has ordered all primary and secondary schools to implement compulsory “work” lessons under a newly revised national curriculum, the national Guangming Daily reported on Thursday. Starting in September, students will take at least one of these classes each week.

The Department for Education said the move was intended to “deliberately and systematically involve students in the work”, according to a notice published last month and since updated. The notice identified 10 work-related activities for students, including cooking, repairing household appliances, raising pets and growing vegetables.

For a “Cooking and Nutrition” class, while elementary students would learn basic skills like peeling vegetables and using a knife, they would eventually learn how to prepare various dishes in high school.

China’s rigorous education system has long been criticized for its emphasis on standardized testing and neglect of life and work skills. The revised curriculum standard marks the government’s latest attempt to impart “quality education” while teaching students practical life skills.

From this month, high schools are also required to include vocational courses to provide students with “enlightenment and experience”.

The announcement of work lessons for primary and secondary school students sparked a lot of discussion on the Weibo microblogging platform. While some online users said they supported a diverse curriculum, others questioned the effectiveness of these courses.

“I don’t think teachers can afford the safety risk because students will have to use fire and electricity,” said a Weibo user who claimed to be an education major. “I don’t have self-confidence and I would suggest parents do this job.”

Xu Yeqian, a mother of four from the southern province of Guangdong, told Sixth Tone that schools used to offer cooking classes and other lessons on a voluntary basis. The 36-year-old said her children barely learned anything in class, but ended up cooking the food herself and taking staged photos at the request of the teachers.

“I’m getting tired of cooperating unconditionally,” Xu said. “I don’t think there will be fundamental changes, because academic grades will still be the most important in the current assessment system.”