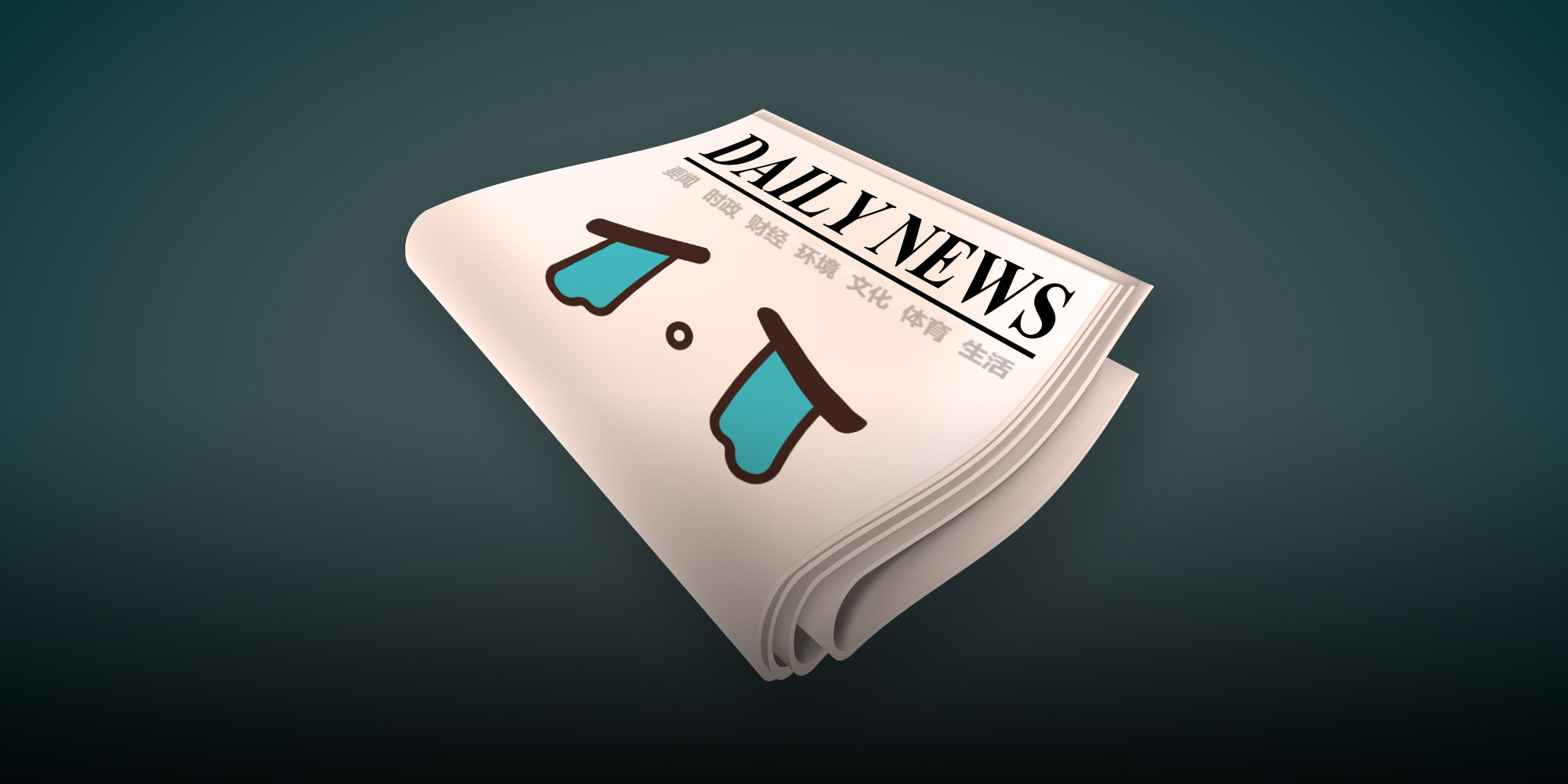 This summer has not been kind to southwest China. Sichuan province and the neighboring municipality of Chongqing have spent weeks battling the worst heat wave on record, marked by prolonged high temperatures and drought. Abnormal temperatures and lack of rain have caused severe power shortages across Sichuan, which relies heavily on hydropower, and contributed to wildfires in the hills around Chongqing.

Compounding the misery of residents, no sooner had the heat finally subsided than local authorities began implementing a new round of strict COVID-19 countermeasures, culminating in the announcement last Thursday that the capital of Sichuan, Chengdu, would lock down its 21 million inhabitants to stop an epidemic.

Online, locals have complained that this summer has been like playing a video game on “hell mode”. The officially sanctioned hashtag on the Weibo microblogging platform described Southwest China’s hellish summer somewhat differently: “Residents of Sichuan and Chongqing will cry” started popping up on social media Chinese on August 22; the phrase eventually appeared in posts from 36 media outlets, including the influential Caijing magazine and local state media site Hongxing.

For locals, the hashtag offered another chance to share their experiences. His responses were full of stories about the Jialing River in downtown Chongqing drying up, subway systems operating in the dark to save electricity and residents flocking to shopping malls for air conditioning. Commentators elsewhere responded with the usual pablum, leaving joking comments like “Sichuan and Chongqing are inside a thermal force field” or “Stay strong, Spicy Hot Pot!”

These childish expressions have become increasingly common on Chinese social media in recent years. Generally considered an outgrowth of fan clubs and “cute culture,” user responses to major disasters are often indistinguishable from the words of emotionally unstable children. When they see something interesting, they post “died laughing”; read sad news and they are “moved to tears”; and their response to personal difficulties or problems is “I’m really going to cry” – or maybe just the onomatopoeic crying sound “Wuwuwu”.

In and of itself, there’s nothing particularly noteworthy or unique about it. More disturbing is the way these cutesy expressions are fueled and reinforced by the official and mainstream media.

This change became increasingly noticeable at the start of the pandemic in 2020. Barely 48 hours after the central city of Wuhan announced it would close due to the coronavirus, local authorities set out to build two hospitals makeshift to accommodate patients in need of care. . On January 28, the new media platform Yangshipin launched a special live broadcast of the construction sites, allowing ordinary Chinese people to follow their progress.

The streams were a surprise hit, attracting over 10 million viewers across China. With little better to do, the public quickly began nicknaming the construction equipment. For example, large cranes became “Emperor Gaozongs”, cement mixer trucks were “Cent Paste Spitters”, and small diggers were “Little Yellows”. Collectively, these vehicles became known as the “Excavator Star Group”, each with their own fan club and supporters.

Seeking to capitalize on the unexpected success of its streams, Yangshipin’s main backer, state broadcaster CCTV, quickly compiled a list of all the nicknames and asked people to vote for their favorite, turning a yard of hospital construction into an idol competition.

Collectively, these vehicles became known as the “Excavator Star Group”, each with their own fan club and supporters.

Even back then, some observers expressed unease with fan culture unfolding in this way. Jiang Sida, one of the stars of the popular talk show “U Can U Bibi”, argued on microblogging site Weibo that the use of entertainment-style expressions in the context of the emerging pandemic was ” extremely inappropriate”. But users dismissed the accusation, responding that there was nothing wrong with people seeking some relief during difficult times, and pointed out that if more viewers follow the construction of hospitals as a result, so it was a positive thing that could bring the country together. The “debate” ended with Jiang Sida crying during a livestream about the targeted abuse he was receiving online.

Another example occurred during the height of Wuhan’s lockdown, when the phrase “Hot Dry Noodles, stay strong!” went viral on social media. A well-known dish in the city, the hot dry noodle meme has spread like wildfire, once again with the backing of state media. People’s Daily quickly posted an image on its social media accounts showing a bowl of fried sauce noodles from Beijing, a Shaanxi Roujiamo sandwich, and stinky tofu from Changsha send their support for a watery-eyed bowl of hot, dry noodles from Wuhan to the hospital.

A January 2020 cartoon widely shared by Chinese media shows food from across the country supporting Wuhan, represented by the local delicacy of hot, dry noodles. By @陈小桃momo on Weibo

In the years since, the use of local dishes to refer to cities and regions has become common, even at major state-supported outlets, including the recent use of “Spicy Hot Pot” in reference to Sichuan and Chongqing.

To some extent, this can all be seen as just another example of legacy media organizations worrying about being out of touch and over-correcting trying to emulate youth culture. When the mainstream media started using “kiddy speak”, many young people initially felt flattered and surprised to see their language reflected in the mainstream media, which only encouraged the media to double down . The result was a race to the bottom, as the media and public portrayed the world in ever cuter and less realistic terms.

There are signs that this is beginning to change. Shortly after “Residents of Sichuan and Chongqing will cry” started trending on Weibo, users in Sichuan and Chongqing complained that the harshness of life in recent months was not suitable to frivolous expressions like “gonna cry” and expressed frustration at how their issues were being exploited for clicks.

Others quickly intervened. “Writing correctly online like an adult has become an increasingly rare quality these days,” wrote popular science author He Senbao. He also offered the following suggestion to his readers: “When you see someone struggling, put aside the childish desire to perform and act like an adult. Listen earnestly and sincerely, show your concern and, if necessary, help. These actions are far more appropriate than posting emoticons to get something positive out of a tragedy.

There are signs that even mainstream media are starting to rethink their cute portrayals of the disaster. China Youth Daily and Workers’ Daily both posted comments on the “Gonna Cry” hashtag, with the former stating that “dealing with the severe heatwave in Sichuan and Chongqing in a pleasant and superficial manner not only shows a lack of humanity, but also affects people’s ability to trace the causes of disasters and work together to build social resilience.

Notably, the hashtag that was trending on Weibo immediately after Sichuan was hit by a 6.8 magnitude earthquake on Monday — “Sichuanese Have It Too Hard” — had disappeared from the platform on Tuesday.

It is difficult to say what is driving this change. It could just be that social media users are growing tired of the cutesy language, or maybe state media wants to bring a sense of professionalism back into their reporting. Or maybe it’s because it’s become increasingly difficult to see the bright side of things. No corner of China has been spared the challenges of the past three years. It’s one thing to use tone-deaf language to try to cheer others up, but the inadequacy of that response is hard to ignore when you yourself become the target of meaningless calls to “stay strong.” Either way, it would be nice to see serious involvement in social issues make a comeback.

Harvey Norman (ASX:HVN) Stocks May Be Worth Considering