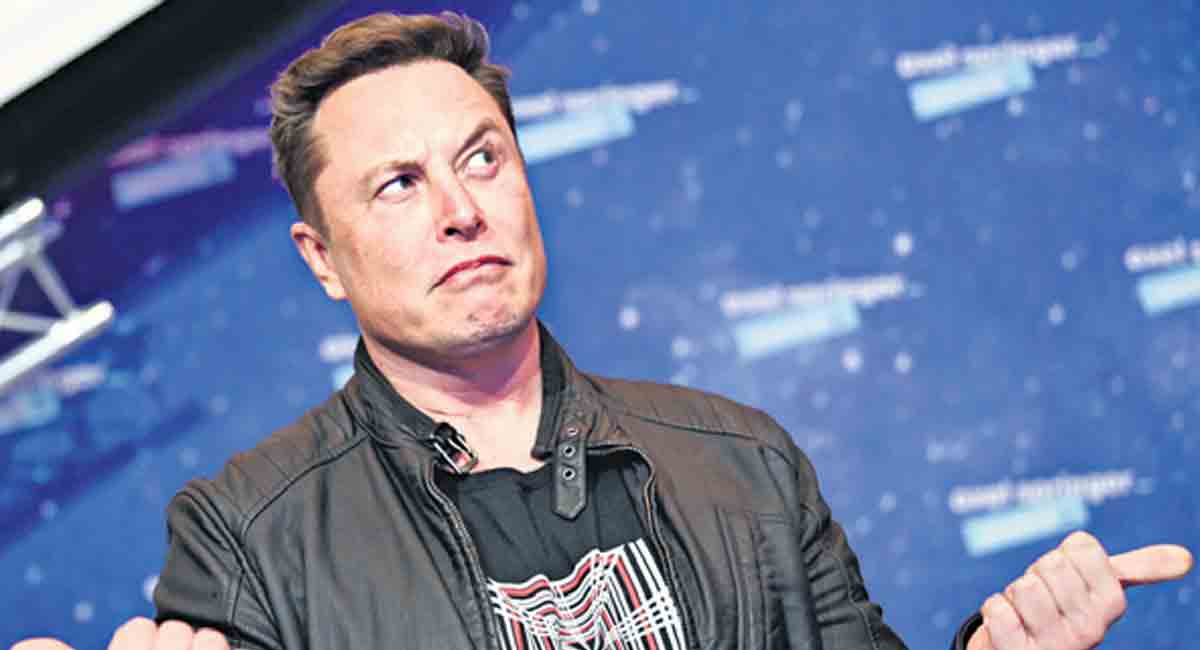 Can the Twitter-Musk deal be derailed?

Hyderabad: Tesla founder and world’s richest person Elon Musk has back and forth on one of the most popular and controversial deals in the tech world. He first announced that he had reached an agreement to buy micro-blogging platform Twitter for $44 billion on April 25. And within 50 days, Musk threatened to rescind the deal citing the need for fake account data.

However, what exactly will happen if the Twitter-Musk deal doesn’t go through and can the deal get derailed?

A May 19 Financial Times report stressed that “merely abandoning the deal is not an option”. It says Musk and Twitter both signed the merger agreement, which states that “the parties will use their best efforts to complete and effect the transactions contemplated by this agreement.”

However, if Musk pulls out of the merger, he will have to pay a $1 billion “reverse termination fee” first and that can only happen if all other closing conditions are met and only applies when there is an external reason. a deal cannot close or where there is fraud or the so-called “material adverse effect,” according to a May 13 CNBC report. That’s exactly what Musk accused Twitter of doing — a material breach — and threatened to terminate the deal, reports suggest.

Another blow, according to the deal, is that not only does Musk have to pay the termination fee, but Twitter may also enact a clause that could force Musk to close the deal at $54.20 per share. The Guardian report mentions that Section 9.9 of the deal entitles Twitter to specific performance, under which Musk must pay if he still has the debt financing in place and Twitter still wants to complete the deal.

CNBC’s report also says Musk and his investors would like Twitter to lower its sale price even as Twitter shares have fallen in recent weeks. The report also says Twitter may not have many good options outside of renegotiating with Musk and would like to avoid a costly lawsuit. “Twitter’s best bet might just be accepting a lower offer from Musk,” he said.

Finally, whether the deal goes through or not, the whole saga has definitely put Musk in a controversial position in the tech world. Reports suggest his actions over the past few weeks have permanently tarnished his reputation and this could hamper any future deals and/or takeovers he plans to make.

A look at what happened between Elon Musk and Twitter

March 26: Musk said he was seriously considering building an alternative to Twitter, questioning free speech on the platform and whether Twitter was undermining democracy.

April 4: A regulatory filing reveals that Musk quickly became Twitter’s largest shareholder after acquiring a 9% stake, or 73.5 million shares, worth around $3 billion.

April 5: Musk is offered a seat on Twitter’s board. CEO Parag Agrawal said in a tweet that “it became clear to us that he would bring great value to our board.”

April 11 : Twitter CEO Parag Agrawal announces that Musk will ultimately not join the board.

April 14: Twitter reveals in a securities filing that Musk has offered to buy the company for around $44 billion.

April 21th : Musk lines up $46.5 billion in funding to buy Twitter. Twitter’s board is under pressure to negotiate.

April 25: Musk strikes a deal to buy Twitter for $44 billion and take the company private.

April 29: Musk is selling about $8.5 billion worth of Tesla stock to help fund the Twitter purchase, according to regulatory filings.

May 5: Musk is bolstering his bid to buy Twitter with commitments of more than $7 billion from a diverse group of investors, including Silicon Valley heavyweights like Oracle co-founder Larry Ellison

May 10: In a hint at how he would change Twitter, Musk says he would reverse former President Donald Trump’s Twitter ban following the January 6, 2021 uprising at the U.S. Capitol, calling the ban ” morally wrong decision” and “senseless in the extreme”. ”

May 13: Musk said his plan to buy Twitter was “temporarily on hold.” Musk said he needed to identify the number of spam and fake accounts on the social media platform. Twitter shares fall, while Tesla shares rebound strongly

June 6: Musk threatens to end his $44 billion deal to buy Twitter, accusing the company of refusing to give him information about his spam bot accounts