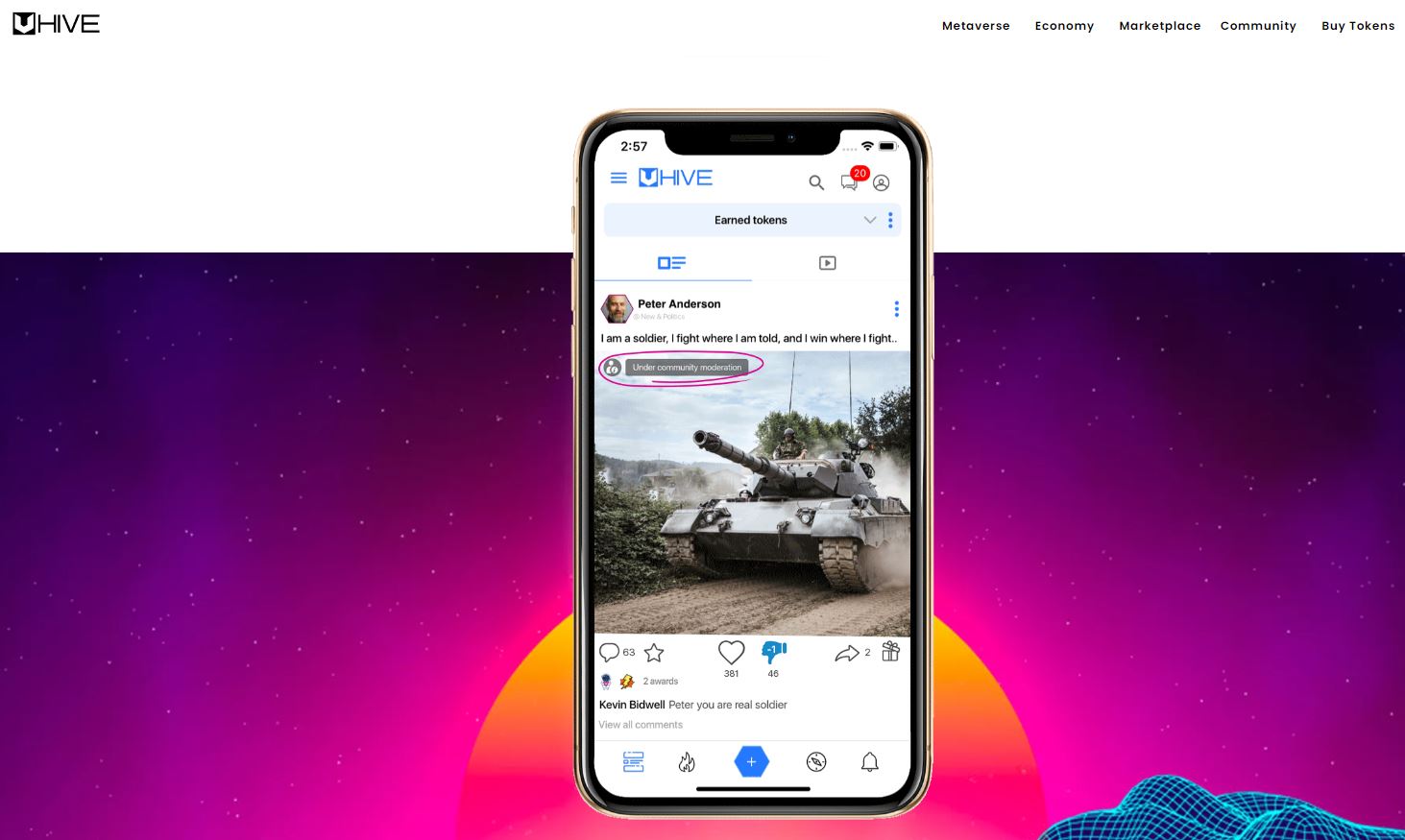 Uhive, a British social media start-up, has introduced “The Magna Carta Protocol”, which is the world’s first comprehensive community moderation system for the social network.

As the world becomes more and more decentralized, moderation of online content is ripe for disruption. About 73% of Americans believe social media companies intentionally censor content, according to a Pew Research Center survey. This statistic is hard to ignore, with at least one of the Big Four – Twitter – promising to provide a standard of decentralized moderation. The microblogging platform has yet to keep this promise.

This led to Uhive, a British social media startup, to work to give control back to the user base by launching the decentralized moderation platform called The Magna Carta Protocol. Taking its name from the brand charter originally written in 1215, future nations paved the way for the transfer of the balance of power from government to the governed. The original Magna Carta still has an influence that reaches modern documents around the world, including the United Nations Universal Declaration of Human Rights and the United States Constitution and Bill of Rights.

The main provisions of the Magna Carta still resonate with the free societies of the modern world. Its principle requires that all individuals are created equal and have the same right to be heard, and that they should only be judged by their peers. Inspired by this concept, Uhive created a decentralized moderation (DeMo). The company says it has taken steps to bridge the gap between our “digital rights” and our rights in the physical world, especially at a time when the world is increasingly embracing the “metaverse”.

Uhive also ingeniously took inspiration from the free-content encyclopedia Wikipedia, but added its own proprietary design for community moderation. With these innovations, the British startup allows everyone to moderate Uhive and decide the volume of content made available on the platform. At the same time, users also have the space and freedom to express themselves. With this decentralized moderation, users have free rein to explore their favorite content and niche, and meet like-minded people who share their beliefs and interests without fear of censorship.

By allowing people to post and share content freely on Uhive – governed by decentralized moderation – they have the ability to chat with, ignore, or avoid other users altogether. Those with opposing views have a safe space to debate their differences, and marginalized groups also have their own space on Uhive. This contrasts with other sites where they would otherwise be banned, forcing these groups to go underground where they are taken to the extreme, festering in an environment filled with intolerance and hatred.

As the world’s first social metaverse, Uhive strives to merge physical reality with its digital counterpart. In the process, it aligns cultures, communities, entertainment, commerce, and economies in a social metaverse. The company was created with the typical mission of generating profits for its owners and shareholders, but generating value and wealth by delivering digital dividends to all users.

2021 TECHTIMES.com All rights reserved. Do not reproduce without permission.

7 inbound marketing strategies for 2021 (and beyond)