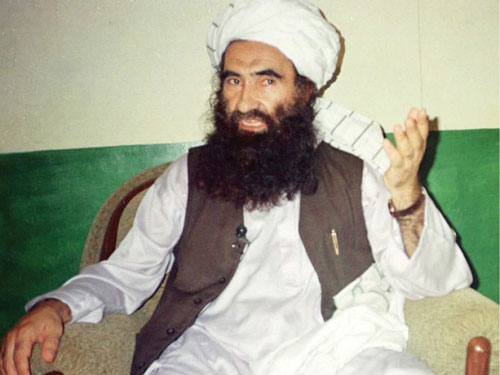 The new acting interior minister of Afghanistan, Mullah Sirajuddin Haqqani, said on Saturday that he wanted positive relations with all neighboring countries and the world in light of Islamic principles and their national traditions.

Addressing the introductory session, Haqqani said their policy was clear. “We wanted to end the occupation of our land and establish an Islamic system, which the Almighty gave us,” he added.

The Interior Minister congratulated the Mujahedin, the Afghan people and the entire Islamic world on the “great victory” and prayed for all the martyrs.

“Today the Almighty has given us what millions of people have sacrificed themselves for, namely the Islamic system. Now we will thank the Almighty in word and deed.

He added, “The practical thank you is when you and I run this system the way Allah has commanded us. Don’t call our will like sharia, if we go against sharia then

it is ingratitude for this blessing, Allah preserve us, Allah will take this blessing away from us.
Responsibility and leadership is not someone’s right, but it is divine trust given to worthy people, he said, adding, “I do not consider myself worthy of this heavy responsibility.

But for the leaders who have entrusted me with this divine trust, I ask for Allah’s help and I ask for your cooperation, for you have helped us in every way during the difficult days of Jihad.

“The people must have the satisfaction that we are your sons and brothers, we came here with your help and cooperation, we still need your cooperation, this system is yours. We will not be able to manage it without your cooperation and for the safety and development of your comfortable life, we will do all we can, God willing, ”he added.

Haqqani ordered the Taliban to obey their leaders as they did during the Jihad. “Don’t be fooled by the spoils of war and other materialistic things and positions. Don’t waste the good deeds of your past jihad with material things. These are deadly things. Don’t waste your best deeds with them, ”he added.

The Afghan interior minister said their people were oppressed. “Don’t treat them badly. You are not their leaders but the servants of the people, so do not hurt anyone, if someone does, it is a personal error on their part and their bad behavior, ”added the minister.

He said it is not a matter of politics, in such problems people should appeal to the authorities, the perpetrators will be punished according to Sharia law.

“Finally, I would like to remind everyone that the amnesty we offered is not a political amnesty but a law based on Sharia law, because it took away the idea of ​​revenge”, he added. .

He also asked the participants not to use inappropriate words for former officers and soldiers such as criminals, murderers, slaves, etc.

Meanwhile, the Taliban, which recently announced an interim government after taking control of Afghanistan, canceled the dedication ceremony, according to a member of the Taliban’s cultural commission.

“The inauguration ceremony of the new Afghan government was canceled a few days ago,” Taliban member Inamullah Samangani told the microblogging site.

“To avoid further confusion, the leadership of the Islamic Emirate (as the Taliban refer to themselves) announced the part of the cabinet, which has already started working.
Inamullah did not specify a future date for the event.

The Taliban member dismissed previously released media reports that the inauguration took place on September 11 and called them “rumors”.

Several foreign and regional media have previously reported that the Taliban are making arrangements for the inauguration of the new Afghan government on September 11, 2021 – the 20th anniversary of the September 11 attacks.

The Marketing Guide for Hybrid Events, the Next Standard