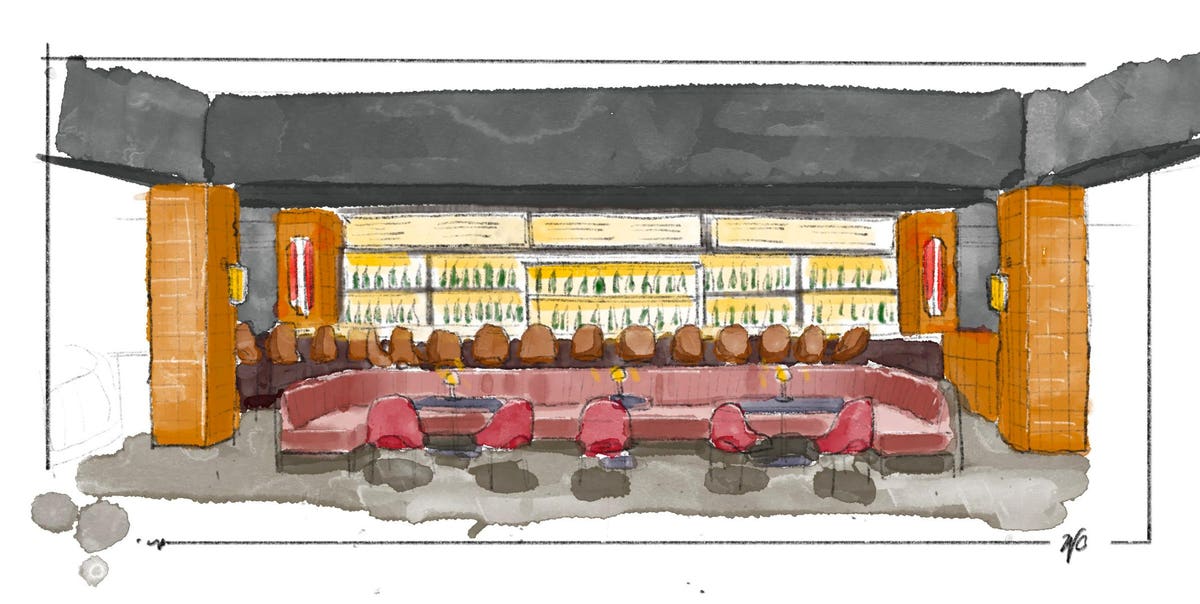 A cool new underground margarita bar is coming to Nashville

An underground speakeasy-style margarita bar in Nashville seems like a brilliant idea, so it makes sense that it came from hospitality innovator Sam Fox, who is responsible for other hugely popular concepts like True Food, Culinary Dropout and Flower Child. Indeed, Fox has created more than 100 restaurants in his award-winning 25-year career and this new margarita destination, called Pushing Daisies, will be his very first bar concept.

Fox had an idea during the early phase of the pandemic, when everyone was working from home and staying put. “We noticed that the number one takeout cocktail order from our restaurants was the margarita. I also took note that when we sat on our lawn during lockdown days, neighbors stopped by and everyone wanted a margarita. People are happy when they have a margarita. It’s just that kind of drink.

Located at the intersection of Fifth and Broadway, Pushing Daisies sits directly below Fox’s two other recent hits: The Twelve Thirty Club (which it opened in partnership with Justin Timberlake) and Blanco Cocina + Cantina.

The idea takes its name from the margarita’s original moniker, The Daisy, and given the underground location, Fox thought Pushing Daisies summed it up nicely. The atmosphere is festive, but distinctly intimate. Fox retained Atlanta-based design team Smith Hanes to cultivate a singular aesthetic suited to the space. “It’s a bright, warmly lit interior with an unassuming vibe – like stepping into an old Spanish casa in Mexico City – one with a crazy sound system.” The daisy motif populates the space, with intricate floral designs adorning the walls and daisy-patterned penny-tile floor seating surrounding the bar. Plush raised banquettes, channeled leather walls, and heavy plum-colored velvet curtains complete the experience, creating a sanctuary away from the buzz and bustle of Lower Broadway.

The focus is on drinks here; this is a true destination bar. Fox says, “I wanted to create an authentic place in a Nashville neighborhood that needs authenticity, and who doesn’t love a good margarita? Margarita just tells me FUN; I want to make a place based on that vibe. If you break up with your boyfriend, you don’t have a margarita. This is our energy for this bar concept.

The initial vision was to offer over 100 margaritas, but Fox and his bar team have since refined that idea into a menu of one-of-a-kind, one-of-a-kind offerings that include riffs on the margarita, oversized cocktails, cocktail appetizers, and more. agave and a list of nearly 100 tequilas. “We also plan to offer a large selection of mezcal; there are so many layers to that spirit that we’ll be offering expressions ranging from bold to soft,” says Fox. Expect drinks such as Poncho’s Bliss created from clarified coconut milk punch, dragon fruit tea and tequila reposado or The Sunkissed Caballera (recipe below) which combines fresh lime, agave, nuts coconut, bitter orange, tequila reposado and citrus bitters from scratch.

Fox relished the chance to channel his creative energy into a bar experience, especially the chance to elevate his bar team. “Sometimes they take second billing from the chiefs. It’s fun to showcase them, the team is really into the concept and I love to stretch, go above and beyond and do new things.

Expect live music a few nights a week as well as a DJ. And, as for the target audience? Fox states, “In my mind, anyone who likes a margarita—a bunch of guys going to the hockey game, a couple on a date, or a group of friends on a night out.” Stay thirsty in Nashville and mark your calendars for a fall opening.

Directions: Place all ingredients in a shaker with ice. Shake very hard. Double strain into a coupe glass. Garnish with a wheel of dehydrated lime.